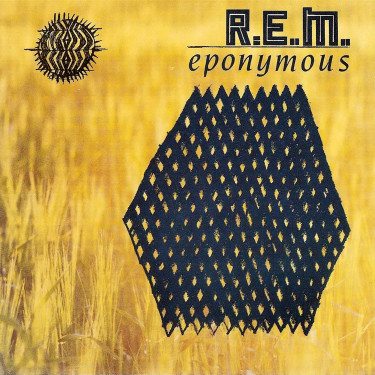 “RADIO FREE EUROPE”
recorded spring 1981 at Mitch Easter’s Drive-
in Winston-Salem, NC. Later “made over” for
Murmur. This is the original track released
as hibtone 45 in July 1981. Check “Cattle
Call” vocal available on bootleg. Mike and
Jefferson think this one crushes the other
one like a grape. Produced by Mitch Easter
and R.E.M. original version appears on
Murmur (sp 70014)

“GARDENING AT NIGHT”
Autumn 1981,, Oct. 2,3,4,7. Again at Mitch
Easter’s recorded for “Chronic Town” ep.
This is the original vocal take, which was
replaced for the ep. Written on a mattress
in the front yard. Now condominiums.
Produced By Mitch Easter and R.E.M.
Original version appears on “Chronic Town”
(sp 70502)

“TALK ABOUT THE PASSION”
Hunger song. Never played live until
recorded for “Murmur” and after that not
very often. Finally a single. Trans: How
much time. Produced by Mitch Easter
and Don Dixon. From “Murmur” (sp 70014)

“S. CENTRAL TRAIN”
First song written during late 1983
preparations for tour with Let’s Active and
“Reckoning”. Played on David Letterman
before it had a title. The vocal for the video
was sung live. Produced by Mitch Easter
and Don Dixon. From “Reckoning”
(sp 70044)

“ROCKVILLE”
Early thrash became country for “Reckoning”
as a joke on Bertis. Produced By Mitch
Easter and Don Dixon. From “Reckoning”
(sp70044)

“CAN’T GET THERE FROM HERE”
Philomath is located between Lexington and
Crawford and used to have its own post
office. Produced by Joe Boyd. From “Fables
of the reconstruction” (irs-5592)

“DRIVER 8”
Train song from “Fables” with a train video
to match. Produced by Joe Boyd. From
“Fables of the Reconstruction” (irs-5592)

“ROMANCE”
Written long ago (with, errr, “stumble”) just
before first trip to northeast as openers on
Gang of Four tour. Used a microsecond in
the still despairing Alan Rudolf’s 1987 film-
“Made in Heaven”. Produced by Scott Litt
and R.E.M. from the “Made in Heaven”
soundtrack.

“FALL ON ME”
“Pageant”, sometimes misunderstood
but generally in the right direction. Michael
likes this one. Produced by Don Gehman.
“Life’s Rich Pageant” (irs- 5783)

“I’T’S THE END OF THE WORLD AS WE
KNOW IT(AND I FEEL FINE)”
No it’s not, Soon to be released in Soviet
Union for Greenpeace. Produced by Scott
Litt and R.E.M. From “Document” (irs-42059)

“FINEST WORKSONG”
Another song from “Document” that gained
horns for 12″ and 7″ versions. This in the
“should-have-been” horn mix had instinct
prevailed at the time. Michael likes this one
too. Produced by Scott Litt and R.E.M. From
“Document” (irs-42059)