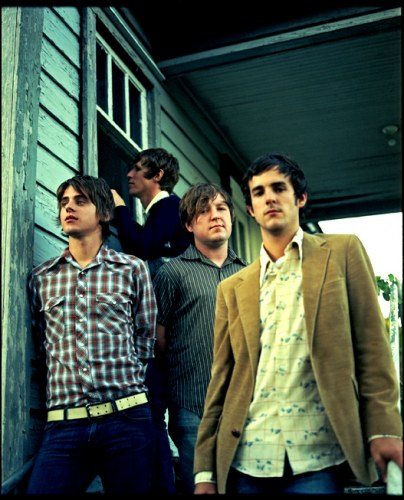 With R.E.M.Live now officially out at in a shop (digital or otherwise) near you, we wanted to update everyone on the success of the R.E.M.Live Preview Party which took place at Cine Monday night, as well as mention some of the other bands we love around our little town.

The two screenings of R.E.M.Live on October 15th were very well-attended by locals as well as a few generous souls who drove from parts far away. All in all, the event, which included a live auction and a pair of raffles, raised around $12,000 for two local non-profit organizations, Community Connection and Family Connection/Communities in Schools, who certainly appreciate everyone’s generosity. For a nice article on the evening, please click here. By the way, this is the eighth Listening Party/Preview party R.E.M. has held for a record release (dating all the way back to AFTP). Big thanks go out to our friend Jeff Montgomery, Athens’ auctioneer/music maven/city of Athens PR guru who orchestrated the event, auctioned off the items, and sold copies of R.E.M.Live on his website, athensmusic.net. Thanks Jeff, for all you do, from your recent efforts to your great work at Finest Worksongs in ’06 and in organizing previous events (ATS, etc.). We’ll be calling soon…

Speaking of local music, three bands in particular come to mind at present due to their current activities: Pylon, Vic Chesnutt and Modern Skirts.

Pylon has just re-released their debut effort, Gyrate, but this time (and for the first time) on CD. For a great interview with Pylon’s Michael Lachowski, please click here.

Vic has just released a new record, always reason for celebration around these parts and elsewhere, called North Star Deserter. Please check out a great interview with Vic by clicking here.

Finally, Modern Skirts, who turned in an outstanding performance at Finest Worksongs last year, are heading over to England for Manchester’s In The City Music Conference. According to Mike, “Modern Skirts is one of the best bands to come out of Athens in some time. I hope England likes them as much as I do.” So, if you’re in the Midlands area, please be sure to get out and support our local boys on the two nights they’ll be playing In The City. Modern Skirts will also play at the Rock Garden in Covent Garden (London) on Sunday, October 28th. They’re up and coming and you can say you saw them before they hit the big time. Oh yeah, we may not have mentioned this before but Mike has recently done some production work with Modern Skirts on a song called Motorcade which will be on their Spring 2008 release.

Last but not least, in R.E.M. news, Jacknife Lee, his crew, and the band are in the mixing stages of number fourteen which we’re expecting to be released sometime in April 2008. In the meanwhile, R.E.M.Live is out to tide us all over. Speaking of which, here’s a nice review of the live CD/DVD.