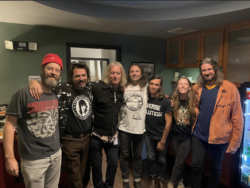 Peter Checks in from Athens

“Here’s a picture of me with The War On Drugs at their great show at the Georgia Theatre. I picked up a few tips on guitar tone.” – PETER Rolling Stone’s “100 Best Songs of 1982” “All-time classics, buried treasures, cult favorites, and one-hit wonders — from Prince and Duran Duran to Kate Bush and the Go-Go’s to the Replacements and R.E.M.” 4) R.E.M. ‘Wolves, Lower’ Enter the Georgia boys in R.E.M., the most influential American rock band of the past 40 years, not to … Continued 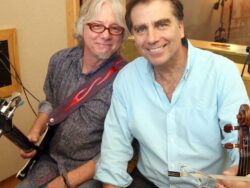 Mike and Robert McDuffie caught up with Creative Loafing earlier this week to discuss their upcoming performances of “R.E.M. Explored” with the Atlanta Symphony Orchestra, led by conductor Sarah Hicks, this Friday and Saturday at Atlanta Symphony Hall. Read the full interview here 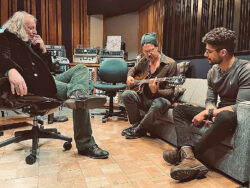 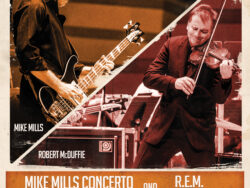 I’ve attended many symphonies but there’s nothing quite like being on the stage with the ASO. There’s a lot of vibration. That’s what music is, it’s vibration and you really feel it when you’re up there with them and you realize just how good these players are.” – Mike Mills, interview with the AJC’s Lee … Continued

R.E.M. HQ · 2 weeks ago
@remhq
Losing My Religion passed 1 billion views on YouTube last week. Not bad for a song that was almost not even a single… @billboard reported the milestone today 11 years to the day from the band calling it a day. Remarkable how it still resonates 30+ yrs on.
https://t.co/43H8FtqrUO
View on Twitter