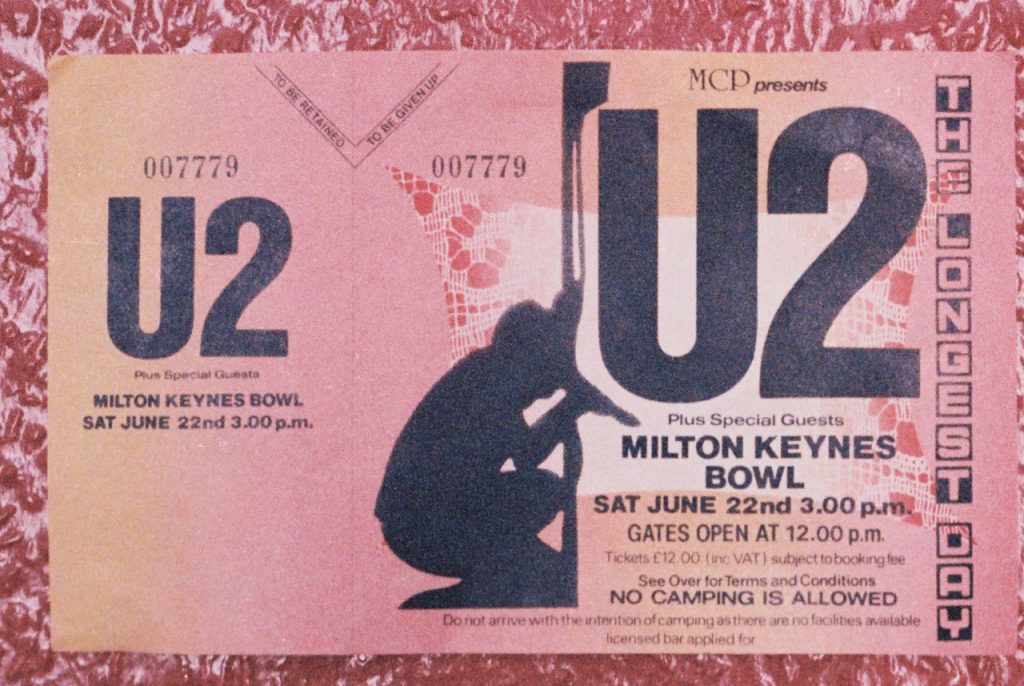 Thirty two years ago today, soundcheck for The Longest Day (thanks The R.E.M. Timeline):

R.E.M. first met the band from Dublin who became their lifelong friends: it was soundcheck for The Longest Day, June 22nd was the show— at Milton Keynes Bowl in England. The rest, as they say, was history and tonight U2 is celebrating Joshua Tree’s 30th anniversary in Washington, DC. All those years ago, R.E.M. was one of several supporting acts, including The Ramones and Billy Bragg, for U2 that day who were on one of their many peaks with The Unforgettable Fire.