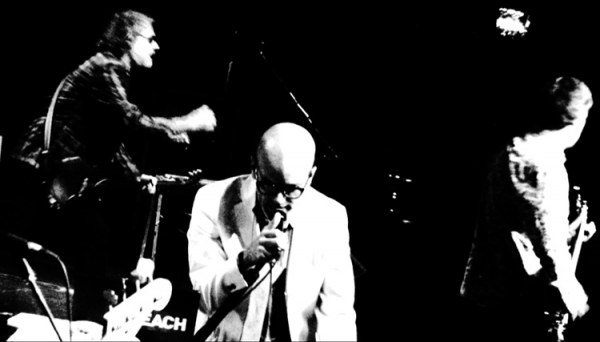 This coming Monday night will mark the return of the Minus 5 (Scott McCaughey’s evergreen stalwart unit with frequent co-conspirator Peter Buck and this-time co-collaborators Steve Wynn and Linda Pitmon. Supporting bands for this very special 40 WATT evening are The Baseball Project and the Steve Wynn IV. The show is getting great reviews up and down the eastern seaboard and is the subject of an excellent piece in this week’s Flagpole by the estimable Jordan Stepp. We will all be there and between their show at The Earl in Atlanta Sunday night and the Athens festivities on Monday, Georgia will be a different place by Tuesday morning. One lives in HOPE.

Next week we are thrilled that THIS IS NOT A SHOW will make its world premiere the opening night of Minneapolis’ acclaimed Sound Unseen. Vincent Moon and Jeremiah, the Paris-based filmmakers who have worked with R.E.M. throughout the ACCELERATE era (SNSS, Ninetynights.com, and SIX DAYS) have made a tight and focused film on the band’s five night stand in Dublin at the Olympia, and their film will be the extra bonus content on the special package of the forthcoming LIVE AT THE OLYMPIA project. And Vincent Moon himself will be in the Twin Cities for the opening doing a Q & A afterward, so if you are in the neighborhood…

In other festival news, This Is Not A Show is also being screened at the Dublin Darklight Festival. In other LIVE AT THE OLYMPIA news, be sure to check this out.

Mike and I will be attending the FUTURE OF MUSIC Policy Summit in Washington, DC week after next. Mike will be in conversation with Senator Al Franken (D-Minn) after Al makes a major policy address on communications policy. The coalition does good work trying to sort out the vicissitudes of modern life for the musician and consumer communities with all the attendant tensions inherent in those constantly shifting tides.

All in all, an exciting time in the life of R.E.M.– new, amazing sounding Live record coming (including so many rarely toasted chestnuts) and only a month or so til they resume work on the next record…

of Darius Goes West fame covered in this onlineathens article