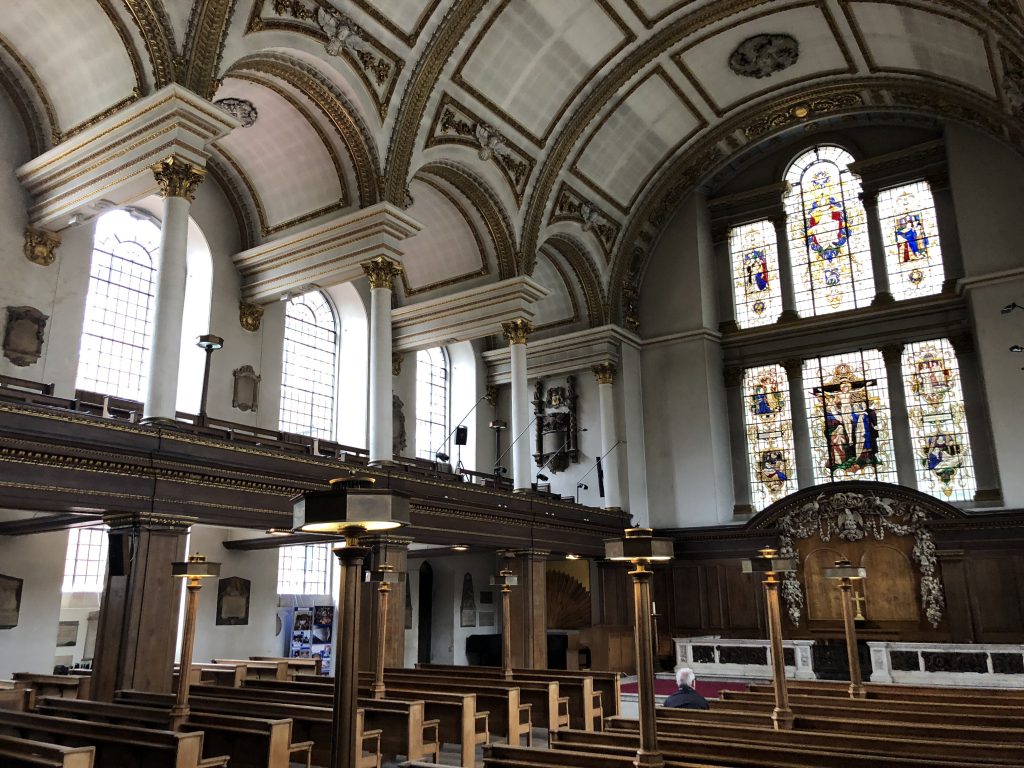 A Special Night at St. James in London
(by Danny Watson)

September 15th 2004.. that’s the answer whenever I get asked for the highlight of my career. Actually it’s rivaled by a date a few months earlier but the two are connected.

On that date, R.E.M. played a special show at St.James church in Piccadilly in London. I was lucky enough to not only be there but to be in some small way responsible for it happening. My job at the time was marketing manager at Warners in the UK and R.E.M. were one of the bands I worked with. Except they weren’t just a band I worked with. They had, since Reckoning, been my favourite band. To end up working for them was a fan boy moment.

Earlier in 2004 Bertis had mentioned wanting to do a special show in London. My first thought was to play Borderline again except this time as REM and not Bingo Hand Job but then I remembered the incredible show I’d seen many years prior when I saw Siouxsie and the Banshees play at St.James in Piccadilly.

On my suggestion we took a trip to the church.

The church was as special as I’d remembered. Fortunately Bertis felt the same way. I remember him walking up to the altar and coming back looking very moved. He explained that his father was a minister and the thought of R.E.M. playing such a sacred place obviously touched him in many ways.

I also remember the minister from the church telling us the fee was £1000 .. he said it almost apologetically. We told him it was too cheap and I know we paid more to the collection box that that.

As for the night, it’s up there with the most special R.E.M. shows ever .. the surroundings bringing a reverence to the evening.