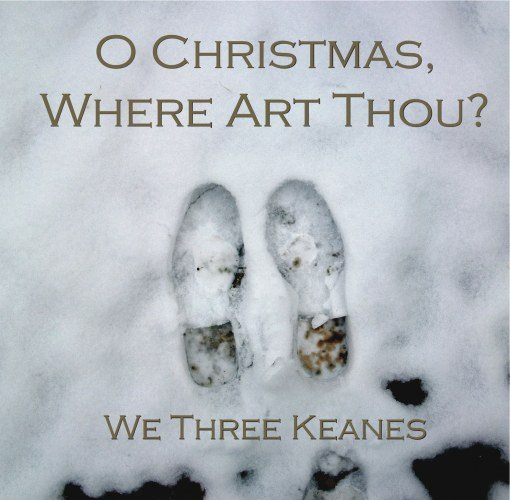 Peter Buck has been named one of Rolling Stone’s “100 Greatest Guitarists of All Time” in the magazines current issue.

While there, check out Rolling Stone’s 4.5 star review of “Part Lies” in their album review section.

Fan favorite SWAN SWAN H gets an interesting reading in this analysis at powazek.com.

OH CHRISTMAS WHERE ART THOU?

We Three Keanes, a group consisting of producer/engineer/musician and longtime R.E.M. friend John Keane and his 17-year-old daughters Paige and Rachel, have released their debut album, O Christmas, Where Art Thou?, a gorgeously-crafted collection of nine traditional holiday songs rendered in a sparse, folky style, with mostly acoustic instruments and tight three-part harmonies on Supercat Records. “This is the Christmas album I have been waiting for since I first heard John, Paige and Rachel Keane lead a beautiful, spontaneous neighborhood caroling session at the annual Christmas party two or three years ago,” said Bertis Downs. “The songs’ traditional arrangements, framed by their father’s simple but deft instrumentation, highlighted Rachel and Paige’s clear, strong voices singing in perfect harmony.”

O Christmas Where Art Thou?

5. Angels We Have Heard on High

8. I’ll Be Home for Christmas

O Christmas, Where Art Thou? can be purchased as a CD or downloaded at Johnkeanestudios.com.

As we mentioned earlier, don’t miss the R.E.M. tribute show tonight at Divan Orange in Montreal if you’re in the area. It starts at 9PM and promises to be a great time! Click here for more information.