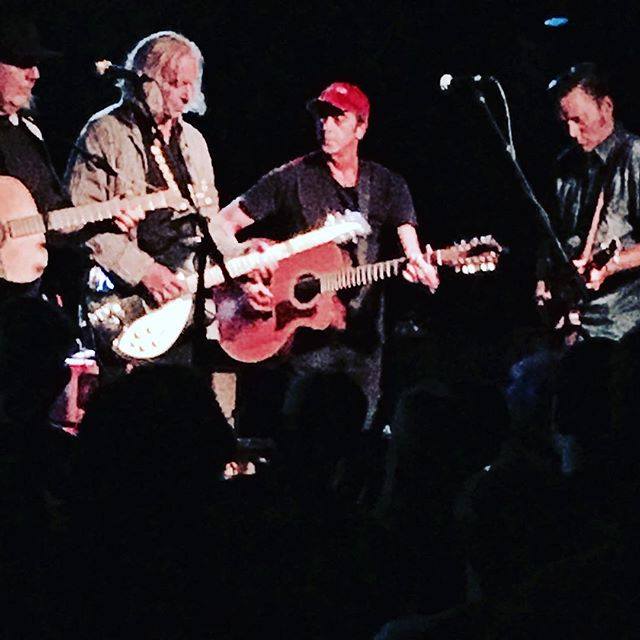 Monday night in Athens was an evening marked by exciting reunions on stage during Kevn Kinney and Peter Buck’s MacDougal Blues anniversary show.  The set featured guest performances by John Keane, David Barbe, and Amanda Kapousouz along with members of Drivin’ n Cryin’. Bill Berry manned the drums on a handful of songs during the middle of the set and also returned to play acoustic guitar and sing harmony on “Straight To Hell” alongside Peter and d’n c’ bassist Tim Nielsen.

It was a pretty magical night in the classic city!