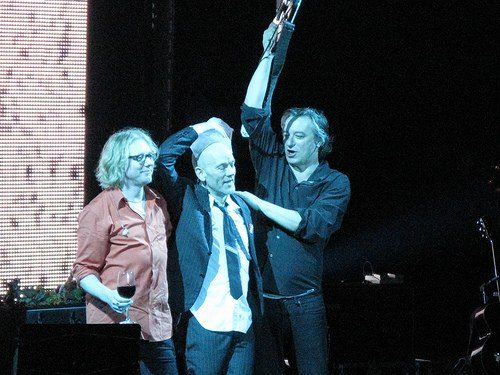 Twenty musical artists will gather at Carnegie Hall in New York City tonight where they will pay homage to the music of R.E.M. The tribute concert was arranged by Knitting Factory founder, Michael Dorf, who has previously orchestrated tributes to Bruce Springsteen and Bob Dylan. The music gets underway at 8PM. 100% of net proceeds go to benefit musical education programs for underprivileged youth.

“The Music of R.E.M.” features the following performers:

The Apples in Stereo

Tommy James and the Shondells

With Calexico as House Band for the evening