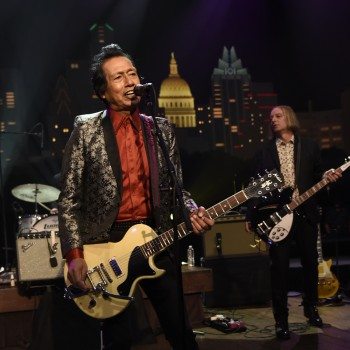 R.E.M. fans take note: Peter Buck will be on Austin City Limits with Alejandro Escovedo and the Burn Something Beautiful Band the week of February 11.  Peter and Scott McCaughey were not only members of Escovedo’s touring band but also helped co-produce the critically-acclaimed album released in late 2016. If you missed them on tour, check out the broadcast on ACL (be sure to check air times in your local area): acltv.com/watch/tv-sched