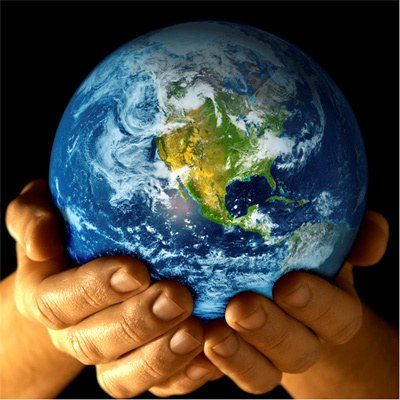 Happy Earth Day to everyone. On this notable day, we wanted to draw your attention to two very special organizations (with whom the band has partnered at various points over the years) who are taking the lead in standing up for the environment: the Dogwood Alliance and the Gulf Restoration Network.

R.E.M. has been involved with Dogwood Alliance for over a decade (going back to the heady days of Trevor Fitzgibbon’s tenure), and we have nothing but high praise for the Asheville, NC, group. They are the only organization in the South currently holding corporations responsible for the impact of their industrial forestry practices on our forests and communities. Through a combination of persistent grassroots pressure and skillful negotiation, the Dogwood Alliance works to achieve the results necessary to create real and lasting protection for Southern forests. In 2010, Dogwood Alliance started challenging one of the country’s largest fast food conglomerates–KFC–to do something about their packaging. Sadly, In the U.S., we generate 300 pounds of packaging waste per person each year, and 32% of the entire domestic waste stream consists of containers and packaging. One person, Cole Rasenberger, a second-grader in NC wanted to do something about it. Check out Dogwood Alliance’s video of Cole and his friends encouraging KFC to make positive environmental changes in their corporate packaging practices:

“Cole and KFC,” a short video (below) tells the inspiring story of the journey of four kids from North Carolina to the KFC headquarters in Louisville, KY. Filled with hope, these awesome kids delivered over 6000 hand-drawn postcards from youth across the state to executives at KFC urging the company to stop destroying forests and be a leader for environmental change.

The Gulf Restoration Network (GRN) is committed to uniting and empowering people to protect and restore the natural resources of the Gulf Region for future generations. The Network’s mission has been to stop pollutant discharges, to reduce polluted runoff, to reduce Corps of Engineers’ permitting and projects destructive of the environment, to require sustainable management of Gulf fisheries, to limit coastal development, beach armoring, and resulting habitat destruction, to protect threatened and endangered species, and to limit development of offshore mineral resources. It’s been exactly a year since the devastating oil disaster in the Gulf took place in 2010. As GRN reminds us, “The oil is still here and continues to impact our coast and communities while further eroding the Gulf’s already suffering natural storm protection of wetlands and barrier islands. Over 1,000 miles of coast have been oiled, increasing the football field of coastal wetlands we lose every 45 minutes.” GRN also reports that, “Recent, troubling news has come in the form of two hundred dead dolphins washing up in the BP impact zone, and new oil spills reminding us we have yet to learn the lessons of the BP disaster, despite the fact that drilling has resumed off-shore.”

GRN needs action from Washington: recommendations of a number of different commissions and reports have been ignored by Congress, which has failed to pass a single piece of legislation to help restore the Gulf or make off-shore drilling safer and more accountable to coastal communities. This inaction is not acceptable and we, as concerned citizens, shouldn’t allow it: Make your voice heard… contact your congressman, make a contribution to GRN, and watch this video to put it all into perspective: