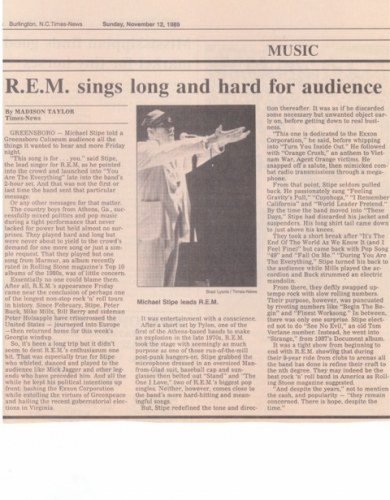 Greensboro NC, yes, a very important place in R.E.M.’s history– of course, close to Mitch and Don, and the scene of an early Friday’s benefit (the band’s first of many of those?!), then later at the Coliseum, no one’s idea of an exemplary arena I guess, but hey we got a pretty great audio recording out of there, for use in Tourfilm 25 years ago and now a cool bonus disc all these years later–what a world.

And to think, we did the entire 1995 Monster Tour with basically no computers (think legal pads, phones and FedEx/DHL).