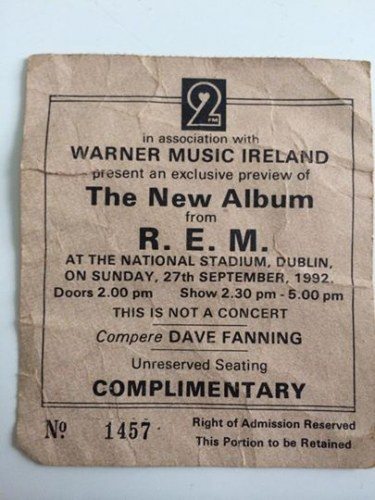 This week’s “find of the week” is from the early ’90s: a ticket to the National Stadium in Dublin for a preview of the band’s “new album” from 1992 … not a concert but rather a listening party of sorts. Of course that album was “Automatic For The People,” released October 5th, 1992.

Thanks to Rob Dizzle who dug this memento up and sent along to HQ. Here’s a track from that monumental album: New Orleans Instrumental No. 1