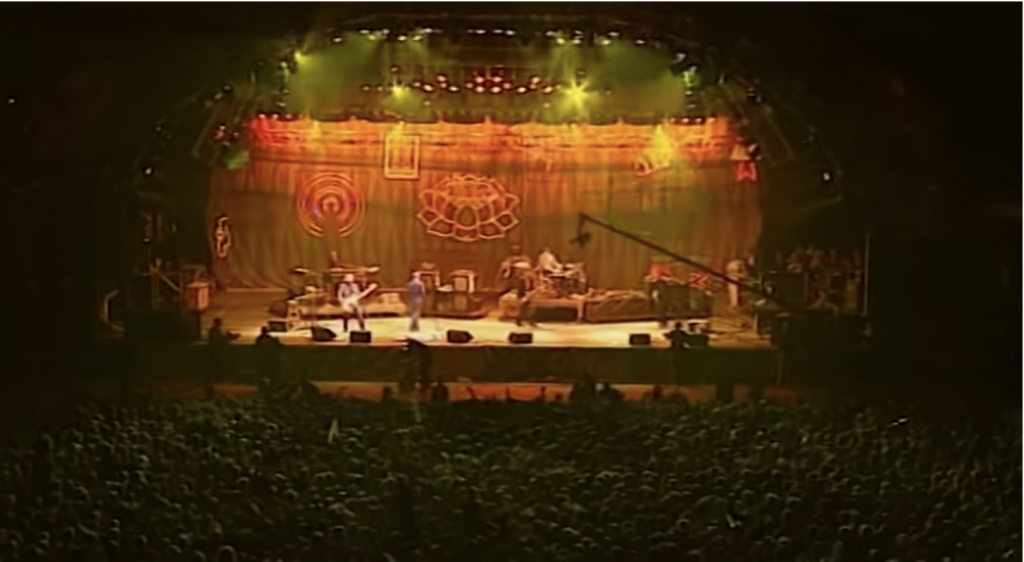 Looking back 20 years ago to the anniversary of the band’s performance at Glastonbury ’99 with this gem of a clip:

and a review from James Young at the The R.E.M. Timeline

By James Young
As a Glastonbury festival regular of 3 years now, REM headlining Friday night was at first just a bonus as far as I was concerned, but soon turned out to be the highlight of the entire 3 day event. At the end of a long, sunny day which featured (amongst others) a disappointing performance from Blondie, a bland, pretentious performance from Bush, and a volatile, crowd baiting yet highly entertaining performance from Hole, REM took the stage around half past ten.

Backed by a simple yet effective set of flashing neon signs, the synthesizer motif signaling the start of current UK single “Lotus” received a surprisingly positive reaction from the crowd (considering how keen the media to shove it down our throats that “Up” isn’t apparently selling as well as previous albums), and at once your reviewer found himself pogoing like crazy with the rest of the tens of thousands of people who turned out to watch. Crowd excitement was further heightened by “What’s the Frequency, Kenneth?”, an in-your-face reminder of just how much REM can “rock” (if you’ll pardon the expression!) when they choose to. The band were obviously encouraged by the enthusiasm of crowd after just two such new songs, Mills telling us “damn, we like playing in this country!”…