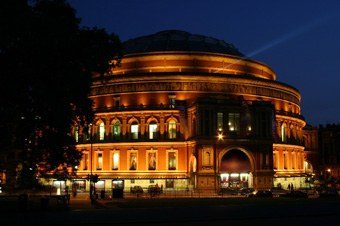 The band arrives this weekend in London for Monday’s big show at the Royal Albert Hall after a concert earlier this week at the Rolling Stone Club in Milan for an invited audience that included R.E.M. Fan Club members. While in London, R.E.M. will also play a set at the Regent Street APPLE STORE on Wednesday March 26th. The RAH show, R.E.M. and Friends, benefits the Institute of Contemporary Arts (ICA), the venerable avant garde museum, which is celebrating its 60th year. R.E.M. will share the stage with Robyn Hitchcock, Foals, and Duke Spirit. As previously announced, the performance will be BROADCAST by Radio 2 (BBC). Great news for fans everywhere: R.E.M. and Friends will also be WEBCAST, so, no matter where you live, you can tune in on your computer and follow the action as if you were there.

For more information on R.E.M. related activities at the ICA, including the R.E.M. photo/art exhibit, please see yesterday’s POST.