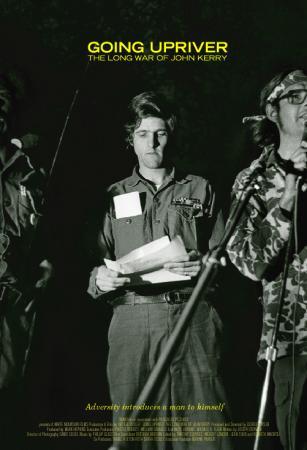 As Bertis mentioned in his recent Postcard from the Sky, George Butler’s documentary film, Going Upriver: The Long War of John Kerry opens nationwide on Friday October 1st after premiering at the Toronto Film Festival a few days ago. He also alluded to the fact that the band was honored to have contributed to the film. R.E.M.’s contribution to Going Upriver is the title track to their forthcoming release, Around the Sun, which many of you now have had the chance to hear. The song plays during the end title credits of the film so be sure to stick around to the end. You won’t be disappointed. In the meantime, please click on the Going Upriver billboard on the main news page at REMHQ.com or click here to vist the film’s website.