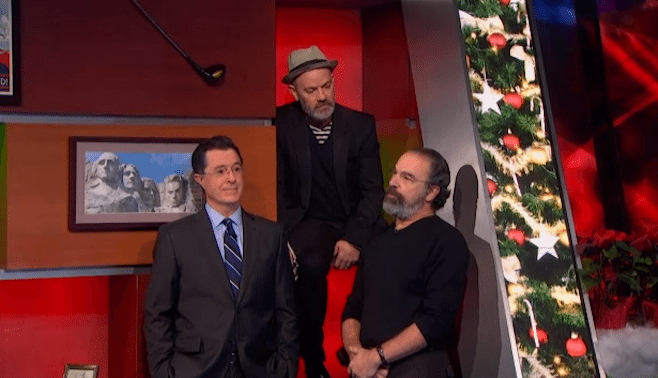 On December 12, 2012, Michael was a guest on the Colbert Report where he joined Stephen Colbert and Mandy Patinkin for a rousing rendition of Christmas carol “Good King Wenceslas.”

Also on that same date, Michael took part in 12-12-12 The Concert for Sandy Relief where he and Coldplay‘s Chris Martin performed “Losing My Religion” at Madison Square Garden. Proceeds from the event were collected by the Robin Hood Relief Fund to benefit victims of the hurricane in New York, New Jersey and Connecticut.

p.s.: by the way, Michael is going to be on the The Late Show with Stephen Colbert this coming Thursday nigh. Check local listings!