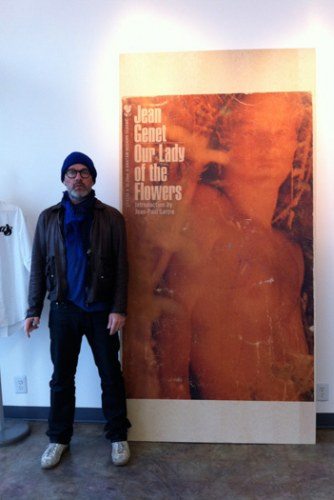 Imagine Fashion has posted a fantastic interview with Michael in which he discusses a number of topics: the emergence of his interest in art, the visual nature of his lyrics, how his series of bronze camera sculptures function as permanent ephemera, and, among other things, his latest artistic projects.

The interview was conducted by Casey Spooner and Adam Dugas whose profiles you can read below:

Casey Spooner is a visual artist and performer who lives and works in NYC. He worked with the experimental theater company, Doorika for 9 years developing, writing and performing original works. He later went on to found the art pop project FISCHERSPOONER with whom he has released 3 full length albums; exhibited artwork in museums and galleries; and toured the world extensively. He has just released a solo album entitled Adult Contemporary.

Adam Dugas is a singer, actor, writer, producer and director based in New York City. For nine years, Adam has produced, directed and starred in Chaos Candy a non-traditional holiday extravaganza. Other projects include Dueling Harps a collaboration with Ann Magnuson, and Vernal Hoodoo. Adam also produces and directs commercial video work including the videos “We Are Electric” and “The Best Revenge” for Fischerspooner.