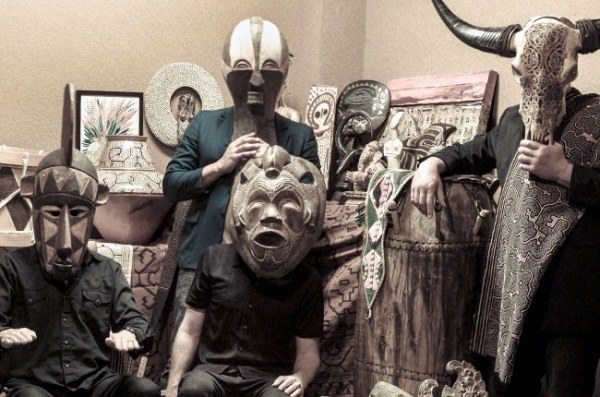 This August, Tuatara–led by Barrett Martin, Peter Buck, and Mike McCready– will release its first record in six years. As excitement begins to build towards that moment, Billboard.com is featuring an exclusive first listen of a track called “The Skeleton Getdown” (listen here). As Billboard.com reports, Martin says “The Skeleton Getdown,” “encapsulates the theme for ‘Underworld,’ which is essentially a 20 song romp through the underworld, complete with a cast of characters that you would find hanging out down there. It’s like Miles Davis’ ‘On The Corner’ or something like that.”