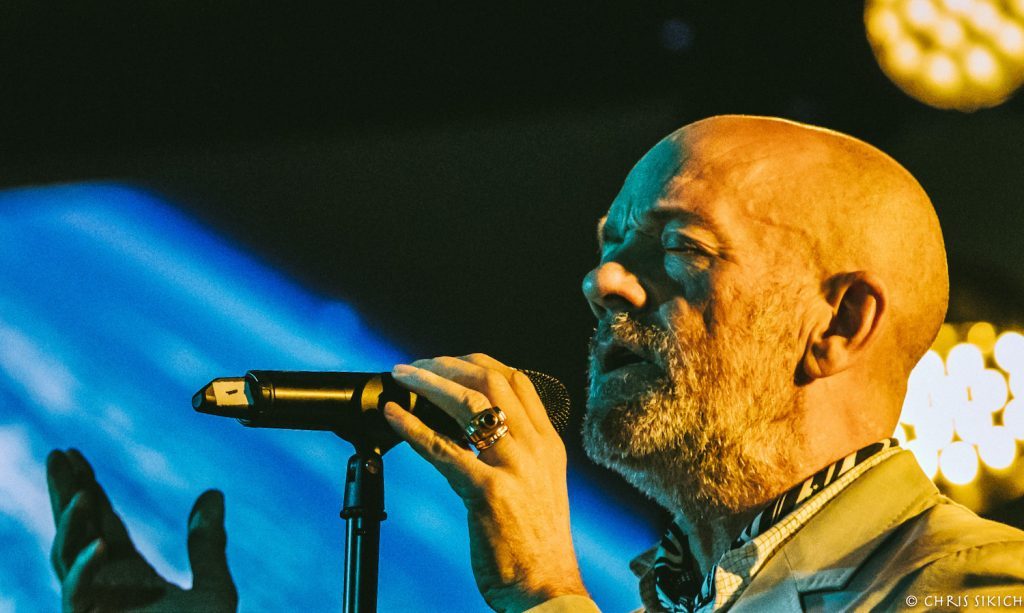 From Magnet: If you’d told me in 1992 that on a single day in 2019, I would buy a Bingo Hand Job record before breakfast, then see Michael Stipe debut three solo songs, followed by a gospel choir covering Patti Smith, and then Patti Smith herself performing a few songs accompanied by her daughter (all from the front row at a grand museum, seated under a giant whale), and then nearly get hit in the head by Lee Ranaldo’s guitar in a tiny storefront under the el tracks, and then the next morning Madonna would announce a new album, my mind would be blown. It would so obviously be a desperate attempt to keep me tethered to this planet. (You wouldn’t refer to EarthFest—too on the nose—and you definitely wouldn’t mention the part where Patti Smith nearly burst into my bathroom stall.)

Read the full article by M.J. Fine including amazing photos by Chris Sikich