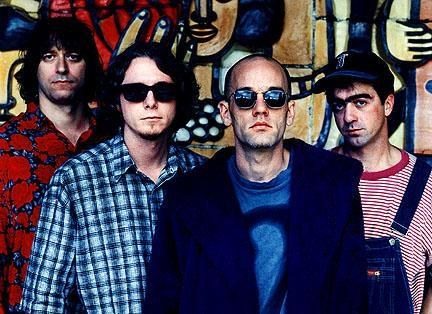 January 13th marks the 20th anniversary of the start of the band’s 1995 tour in support of Monster which kicked off in Perth, Australia, following a lengthy hiatus from the road. After four days of rehearsals in Perth, R.E.M. returned to the stage at the Perth Entertainment Centre with support from Grant Lee Buffalo and Died Pretty and performed a set highlighted by every track from their new album plus songs from Automatic For The People and Out Of Time, the two predecessors to Monster which the band hadn’t toured in support of… R.E.M. also dipped further back into their catalog (but not all the way back) with songs from Green and Document and premiered a new track called “Revolution.”

The verdict? It was great to be back, the new songs rocked, and the fans dug it.

Here’s a video from January 14, night two in Perth, of a rare performance of Fretless:

Here’s the setlist from opening night with big thanks to the REM Timeline:

encore: Let Me In / Everybody Hurts / Bang And Blame / I Took Your Name / Get Up

Read a great review of the Sydney, Australia, show by Michael Goldberg here.