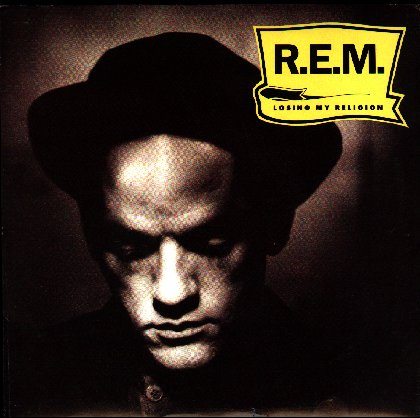 Today is the anniversary of the release of “Losing My Religion,” the first single from R.E.M.’s OUT OF TIME, the band’s seventh album and second on Warner Bros. Records. The song reached #4 on the Billboard singles chart, the band’s highest charting single in the USA and the “song of the summer” all over ‪#‎Europe‬. “Losing My Religion” was nominated for 7 Grammy Awards and won two for Best Pop Performance by a Duo or Group with Vocal and Best Short Form Music Video. We will have a few more posts in ensuing days to celebrate one of the jewels in the band’s catalog.