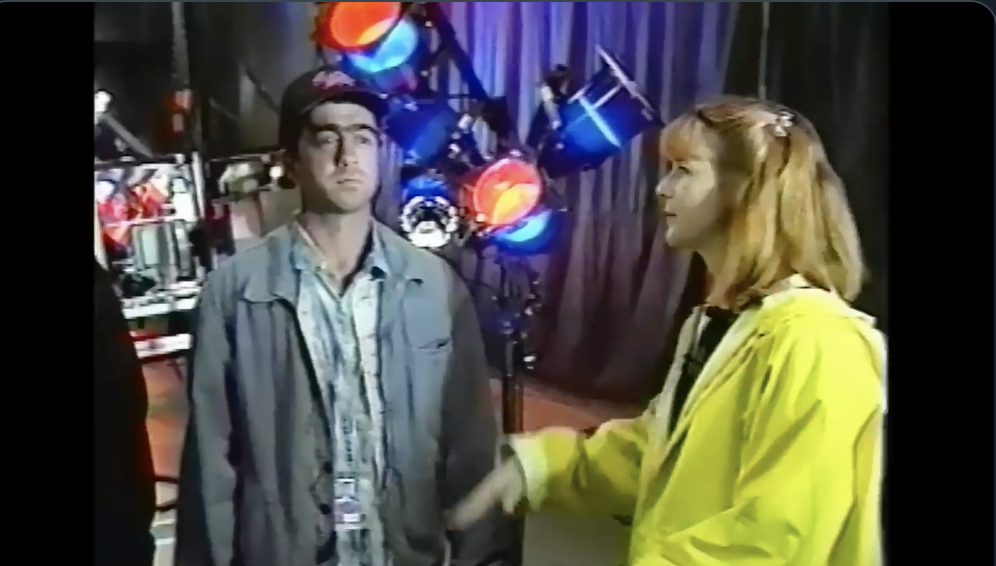 Today is the 25th anniversary of a very special day in R.E.M. history we’ll always be grateful for and remember fondly: the band’s first show back on the resumed Monster Tour, May 15th, 1995, at Shoreline Amphitheater in Mountain View, CA.

Only weeks before, the prospect of resuming the tour seemed like a distant possibility given the seriousness of Bill’s condition after suffering a brain aneurysm in Lausanne, Switzerland. Fortunately, and much to everyone’s joy and relief, Bill made a full recovery after two and a half months of rest and recuperation, and the band, with Bill back on drums, restarted the Monster Tour on May 15 at Shoreline with Sonic Youth opening.

Watch the clip from MTV News with Tabitha Soren interviewing the band backstage after a successful “opening night” on their return from a two-and-a-half-month hiatus from the road.

Special thanks to MTV for the footage which can also be found on REMTV, a six-DVD boxed set with live performances, award show highlights, and television appearances, as well as “R.E.M. By MTV,” Alex Young’s compelling documentary about R.E.M. and MTV’s shared history.

You can pick up a copy here: https://amzn.to/3dFUoVL