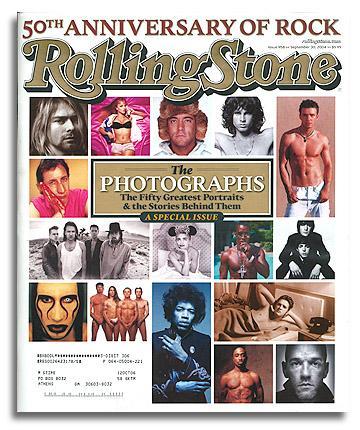 Michael has made the cover of the latest Rolling Stone in a special issue called “The Photographs–The Fifty Greatest Portraits & the Stories Behind Them.”

“There was no stylist, no makeup artist,” says British photographer Platon, who shot Stipe on September 5, 2001. “He came to my studio and sat for about forty-five minutes. It was completely what a photo session should be. He was very open with me, which is very hard when you’re strangers. But he knew hew was giving me the goods. His eyes see straight through you. It’s almost like he was burning up the lens of my camera.”