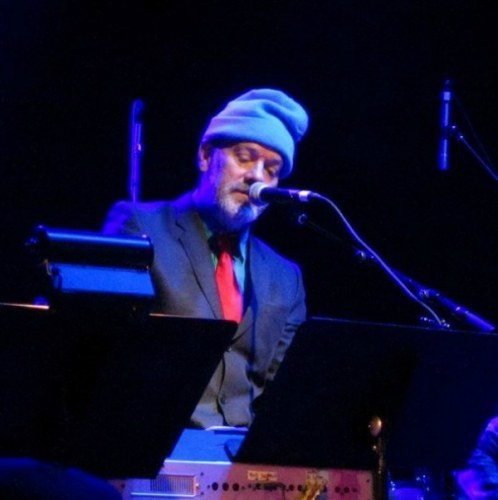 As we reported earlier, Michael returned to the stage last night playing a surprise set at Webster HallÃ¯Â»Â¿ in NYC as the opening act for headliner Patti Smith. It was a special night given Michael and Patti’s connection through the years as musical & artistic kindred spirits; there’s also another historical connection in that Webster Hall, formerly called the Ritz and known as the “the best stage in New York City,” is where R.E.M. opened for Gang of Four in 1981 when Michael was 21.

NEW TEST LEPER by R.E.M. (with OH HOLY NIGHT in the bridge)

With the exception of a few songs for Tibet House at Carnegie Hall in 2011, “Losing My Religion” with Chris Martin at Madison Square Garden for 12/12/12, & “Wichita Lineman” with Patti previously, this was Michael’s first Public performance since 2008.

Check out slicingupeyeball’s coverage including performance clips from the evening: