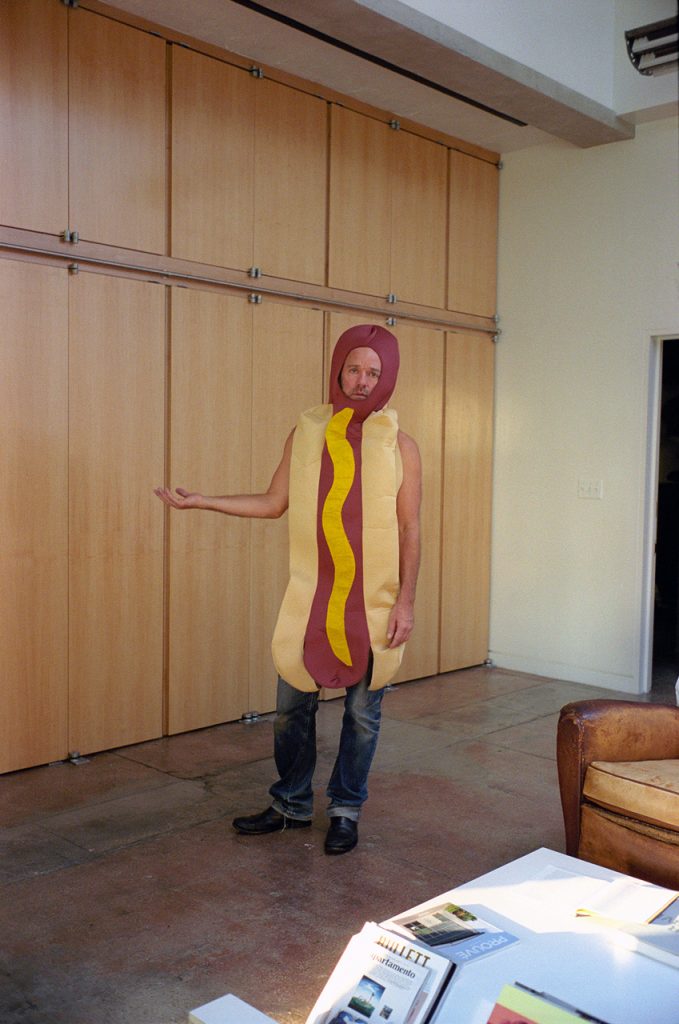 This previously unpublished photo of Michael taken by David Belisle (Michael’s studio mgr. since 2011) is being featured in an exhibit by NYC group, Exhibition A. You can also purchase a print of “Hot Dog Stipe” at the “link” below.
As David tells us, “This is one I took of Michael in 2012 after I first moved to NYC. We were cleaning out a storage room, and he found an old hot dog costume and threw it on real quick, and I snapped a couple of shots.”
If you’ve followed the band on social media at any point, chances are you’ve seen a number of David’s photos from his nine years on the road with the guys. He even has a book called “R.E.M. Hello” which chronicles his 300 + stops on tour during that time.
Read more about “Hot Dog Stipe” and learn more about Exhibition A here.