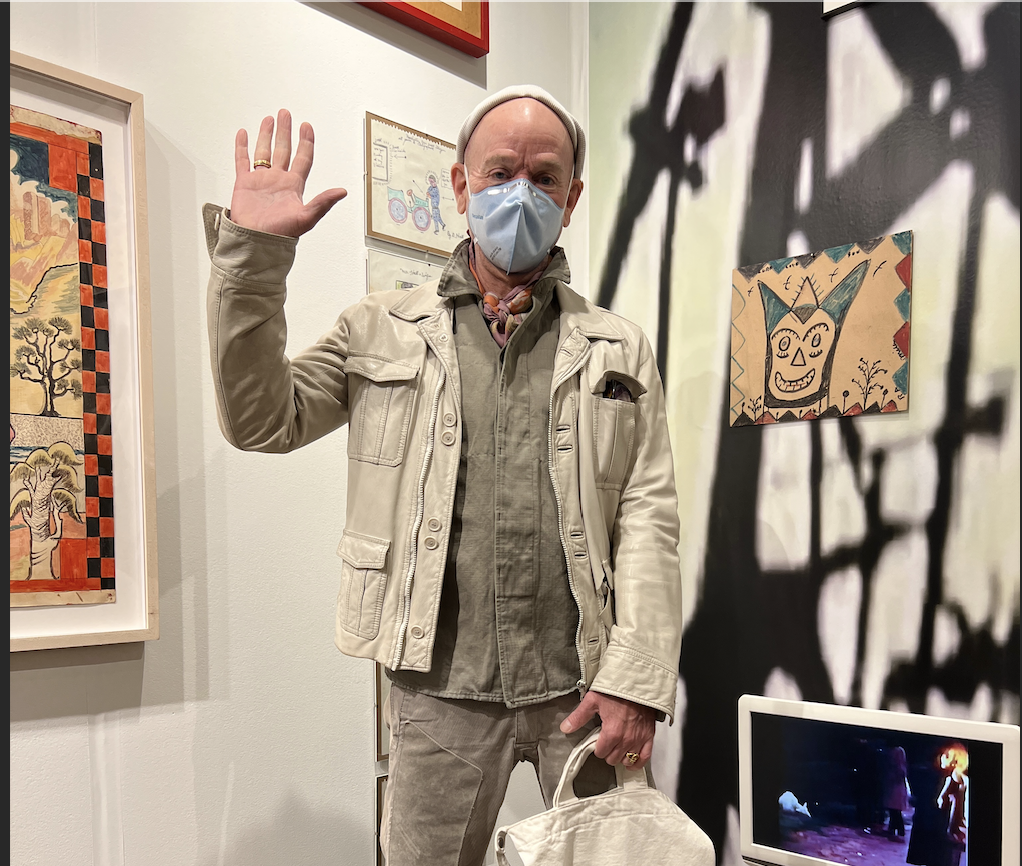 “I’ve had a long interest in what we would call outsider artists or untrained artists. I grew up here in Athens, Georgia, surrounded by them and integrated that into the work that I did as the visual deputy for R.E.M., bringing work from several people who are part of the show into the artwork for different albums over the years.”

In this outstanding interview with Andy Battaglia, Michael discusses his longtime interest in Outsider Art sparked initially by the influence of professors and friends in the School of Art at UGA. The article coincides with an exhibition of artworks from Michael’s decades-old collection on view March 3–6 at the Outsider Art Fair in New York.

From ARTnews: “Among the fair’s offerings presented by some 65 galleries from all over, a special booth titled “Maps and Legends: Featuring Works from the Collection of Michael Stipe” includes paintings, drawings, and sculptures by Thornton Dial, St. EOM, Dilmus Hall, Bessie Harvey, Howard Finster, R.A. Miller, Royal Robertson, Juanita Rogers, Jimmy Lee Sudduth, and other artists engaged by Stipe beginning in his early days as a student at the University of Georgia. The exhibition was curated by Phillip March Jones, founder of the new March Gallery in New York’s East Village and formerly a director at Andrew Edlin Gallery, the namesake shop of the Outsider Art Fair’s director. (Jones also founded Institute 193, a nonprofit art space in Lexington, Kentucky.)”

Peter said, “It was an intense & beautiful evening. I hope this might inspire some of y’all to look up his work. He is a mighty man.” https://t.co/oiYLoqmGsu
View on Twitter
6
54