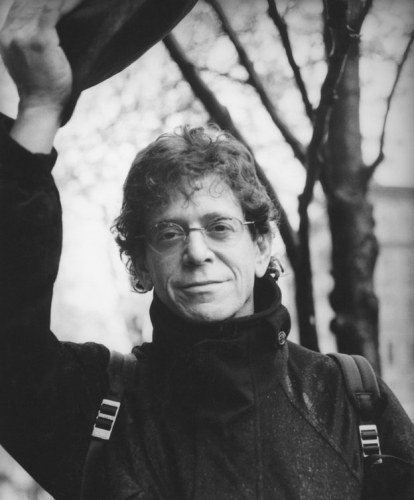 From a post earlier this week at talkhouse.com on the recent passing of Lou Reed:

It was my first discovery of the Velvets, when all the CBGB bands namechecked their heroes, and I went looking—and I found Loaded and 1969: The Velvet Underground Live in the 8 track cutout bins of Grandpa’s Hardware store in Cahokia Mounds, Illinois. My first Lou show was at the Fox Theater in St. Louis, in 1977, where he opened the set with 2 songs, stopped and shouted something offstage, pointed to the monitors, and did a 3rd song. Half way through that song he stopped, pointed to the monitors again, and gestured for someone stage right to join him center stage. The monitor guy walked out, Lou pointed at the monitors again–turned and clocked the guy–kicked the monitors into the orchestra pit, and stormed offstage. That was the end of the show. Ok, wow. I was 17, wide-eyed, wowed.

For 37 years I followed him, in many ways–not the least being his influence on my own trajectory in music.

The last time I saw Lou I complimented him on a searing version of a blues song and one of his new songs that he had just performed live here in NYC. His energy and performance had brought me to tears. He wore a beautiful leather jacket that he didn’t take off.

He hugged me, as he now did quite often; and he didn’t let go for a very long time.

To my favorite curmudgeon, grump, genius, icon, pal. We and I will miss you very, very much.