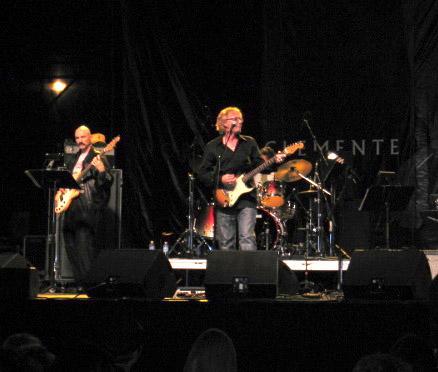 Here you can see Mike Mills performing alongside Tony Levin at the Roberto Clemente Celebration Concert in Pittsburgh, which benefited Roberto Clemente Sports City and The University of Pittsburgh Cancer Institute (no website available). This was a special musical tribute to baseball legend and humanitarian Roberto Clemente, who pioneered Sports City as a âhigh quality sports facility for the children of the world regardless of economic circumstances.â Mike was a special guest of the Clemente All-World Band, composed of such world-class musicians as Chris Parker, Tony Levin, David Spinoza and David Sancious.

In addition to performing and singing on Centerfield and Let It Be,
Mike also performed a song that was composed specifically for this event called Gift of the Fathers. Stay tuned for details regarding possible television broadcast and live-album release.

R.E.M. HQ @remhq
17 hours ago
April 1987: Recording sessions for Document continued in Nashville, TN at Sound Emporium. Among the tracks recorded was "The One I Love," soon to be the band's first top ten hit upon its release in August that year. Live version from Tourfilm, 1990.
https://t.co/epHKe9RTuw
View on Twitter
25
221