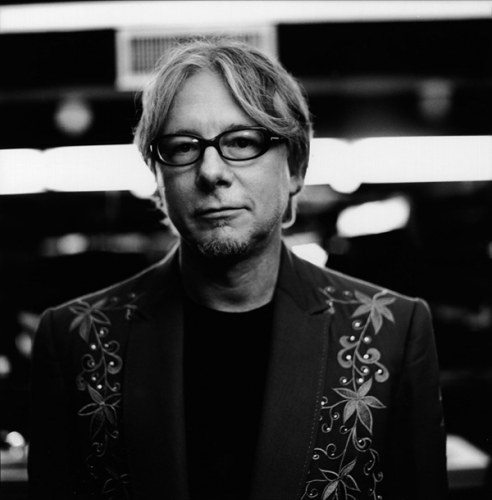 It’s kind of hard to comment on the progress of a band that just released a career-capping retrospective and officially broke up. Still, it’s hard to turn down the opportunity to speak with any of the members of R.E.M., one of the most profoundly influential American rock bands of our generation. Where do you even begin? Hot on the heels of announcing their retirement a few weeks ago, this week the band released Part Lies, Part Heart, Part Truth, Part Garbage, 1982-2011 — a 40-song summation of a career that spans over 30 years. The occasion of R.E.M.’s retirement has generated a veritable tsunami of nostalgia for those of us who grew up with the band, but the band members themselves don’t seem all that sentimental about it. I guess when you’ve sold tons of records, been inducted into the Rock and Roll Hall of Fame, and basically soundtracked an entire generation’s coming of age, calling it a day isn’t necessarily such a sad thing, it’s more of a deserved victory lap. I had the pleasure of calling up up (former) R.E.M. bassist Mike Mills to discuss.

STEREOGUM: Hey Mike! Have you been doing a million sad “goodbye” interviews today?

MIKE: Only a couple thousand so far, it’s not so bad.

STEREOGUM: Well, you may never have to do this again —¦ at least not for R.E.M.

STEREOGUM: I’ve been listening to Part Lies and reading everyone’s liner notes which, as a longtime fan, is really fun and very nostalgic. I’m curious, are there songs that are sentimental favorites that you wished had been included in the compilation?

MIKE: No, I’m actually really happy with it. After it was done I realized that it might have been nice to have “Find The River” on there, but we already had four songs from Automatic For The People and we didn’t want to have to take any of the three new songs off that we had recorded, so it had to be that way. There are always going to be some omissions that you hate, but really it’s a pretty comprehensive look at the last 31 years.