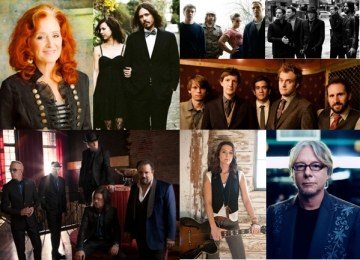 The Americana Music Festival & Conference, presented by Nissan, September 12-15, is honoring “The Music of Memphis” this year with three programming events featuring Memphis luminaries. Since the early Beale street era, to the extraordinary output of Sun Studio, and to the “Memphis Sound” created by Stax Records, Ã¢â¬Ëthe home of the blues and birthplace of Rock Ã¢â¬Ën’ Roll’ is at the epicenter of American music.

Booker T. Jones will kick off the tribute on Wednesday September 12 by performing and receiving the Lifetime Achievement Award for Instrumentalist at the Americana Music Honors & Awards. On Thursday, September 12, famed Memphis author and music fan Robert Gordon will interview Jones at 12pm at The Country Music Hall of Fame and Museum. They will discuss his historic contributions to Stax Records in the 60s as well as his work with Wilson Pickett, Neil Young, Bob Dylan and more, as well as Jones’ future plans.

The icing on the cake is the music itself and the day will culminate with the Thursday showcase at the Rutledge, with Memphis’ new emerging and artists Star & Micey kicking off the evening. Luther Dickinson will perform solo as well as with Jim Lauderdale and The North Mississippi Allstars — previewing songs from their forthcoming collaborative album. The Bo-Keys, featuring alumni of Stax and Hi Records who all have deep ties to Memphis soul music, will take the stage.

The finale will be “The Songs of Big Star” performed by Chris Stamey (db’s), Mike Mills (REM) ,and the surviving member of Big Star’s original lineup, Jody Stephens. Although Big Star’s first era came to an end in 1974, the profound influence of their style and material continues to wield power. Rolling Stone notes that Big Star “created a seminal body of work that never stopped inspiring succeeding generations of rockers, from the power-pop revivalists of the late 1970s to alternative rockers at the end of the century to the indie rock nation in the new millennium.”

The event was conceived and implemented by Americana Music Association’s Director of Operations, Danna Strong. “”Curating events that explore the origins and roots of Americana, is a passion,” she shares. “The music of Memphis is an obvious choice to celebrate the many sources of the genre’s tapestry. Meeting and working with the artists and producers that made this music is an honor.”