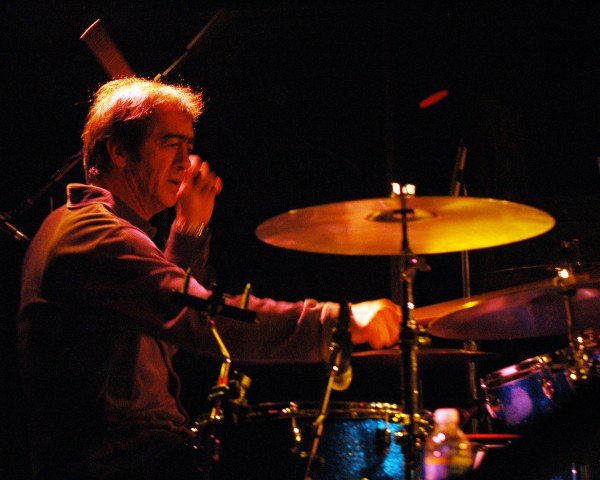 Monday night’s show at the 40 Watt in Athens was one for the ages as Peter and his Minus 5 band mates–Scott McCaughey, Steve Wynn, and Linda Pitmon–treated a spirited crowd to a barnburner of a show, playing two lengthy sets and several encores full of songs from the vast Minus 5, Baseball Project and Steve Wynn catalogs. One of the highlights of the first set was a guest appearance by Patterson Hood of the Drive-By-Truckers on Neil Young’s “Revolution Blues.” Later in the set, Mike Mills–an occasional pinch-hitter in the Baseball Project lineup–came up for a series of songs, switching smoothly from guitar to bass and offering his trademark harmonies. As the energy-filled second set came to a close, the audience was treated to a rare guest appearance by Bill Berry who took over on drums for a couple of songs during the encore highlighted by a stellar version of The Beatles “The Ballad of John and Yoko.”

Tonight, the Minus 5 tour moves to New Orleans for a show at One Eyed Jack’s. Jack of all trades Steve Wynn continues to keep readers abreast of tour happenings at stevewynn.net (read it below). Check it out and do your best to get out to one of the two remaining shows on this fantastic tour.

Thanks to Chris McKay of Concertshots.com for the great photos from last night’s show.

You should have been there. We played at the 40 Watt in Athens last night, one of our many “hometowns” on this tour. It was already determined that we would get Mike Mills on stage for some songs. After all, he was our quite able pinch hitter when Peter was unavailable for our Spanish festival show last month. Mike began the second set with us, adding guitar, bass and vocals on “Past Time,” “Ted Fucking Williams” and “The Yankee Flipper,” turning our hardball tunes into a triple guitar rock roar. But the big surprise of the night was when Bill Berry got up on stage with us for the encore, joining Mike, Scott, Peter, Linda and me for raucous versions of “The Ballad of John and Yoko,” “Hang On Sloopy” (Bill on drums, Linda on percussion) and “Teenage Head” (Linda on drums, Bill on percussion). I hear that Bill doesn’t go out to all that many shows and I’m pretty sure that he has only played a handful of times with Peter and Mike in recent years so it was certainly a real treat to be up there while that was all going down. I’m sure it’s already up on YouTube-there were a lot of cameras hovering close to the stage.

Athens is known for it’s music scene (and college sports although I did not spot Herschel Walker in the house) and the audience was loaded with musician pals such as David Lowery, Patterson Hood (who got on stage with us for “Revolution Blues”), David Barbe, Richard Buckner and Michael Stipe. Needless to say it was a late night leading into an early morning that finds us in the van on a 10 hour drive to New Orleans. You can be very sure that some good tales of food, late night fun, road stops and even music lie ahead. Hmmm…I think I’d better catch up on sleep during the trip. Good thing I’m not driving. Go Andre Go!