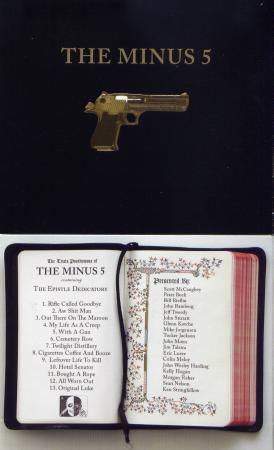 The music collective known as The Minus 5, headed up by Seattle pop/punk godfather Scott McCaughey, is back with a new studio album eponymously titled for the masses, though The Minus 5 themselves have been referring to it as “The Gun Album.” The record was released on Monday, February 6th, and is available in the UK from cooking vinyl and stateside from yep roc.

In characteristic form, McCaughey responded as such when asked to describe the new record: “This is the new Minus 5 album. Against all odds, it is perhaps the seventh full-lengther in a career marked primarily by catastrophe, shame and fisticuffs. (Leave triumphs to those that beseech them).”