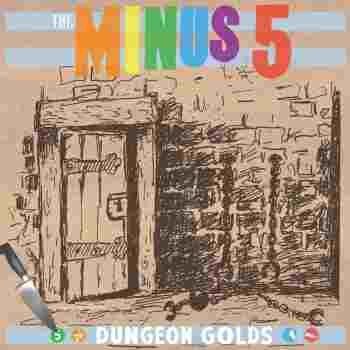 New Minus 5 album out today! DUNGEON GOLDS, a new improved 12-song compendium of tracks from last year’s megabox Scott The Hoople In The Dungeon Of Horror, is released Tuesday March 10 on CD and LP on Yep Roc Records. Peter is heavily featured on the Scott McCaughey-helmed project. Other mighty contributors include Jeff Tweedy, Ian McLagan, Linda Pitmon, and members of the Decemberists. The album just garnered a 9 out of 10 review from Uncut magazine.

Meanwhile Scott, Peter and the band are touring the western states opening for Tweedy. Follow their exploits on minus5.com, or better yet, go see them in person!