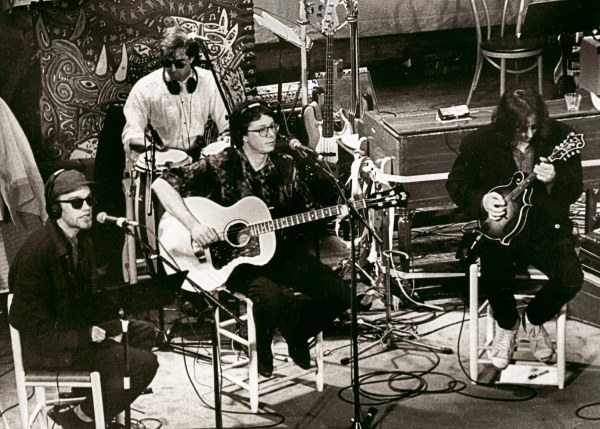 One Sunday morning almost 23 years ago, R.E.M., on what became a six-year break from actually touring, descended on the great state of West Virginia–and appeared for the fairly new Public Radio show Mountain Stage. Others on the bill were friends of the band, including Billy Bragg and Robyn Hitchcock, if memory serves.

Well, all these years, Mountain Stage is still going strong, with the estimable founder and host Larry Groce still at the reins, and WV Public Radio has created a thirtieth-year documentary to commemorate the show’s history. We share it here for your listening enjoyment, and to all our friends in West Virginia and at Mountain Stage, long may you run:

Here’s a nice detailed remembrance of the day: wchstv.com.

And one more related link: when the show came to Athens, GA, last year, Mike Mills was in the house and of course joined his friend Patterson Hood for a pretty special song.