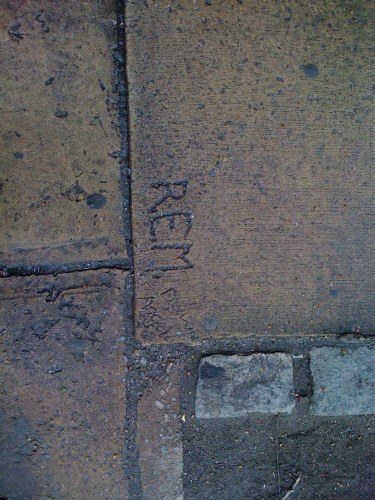 Even though the band has no plans to tour or record in 2009, R.E.M. fans will still have a lot to look forward to later this year as the guys plan to release both a live recording of the 2007 Dublin Working Rehearsals and a deluxe version of Reckoning. Word is that the Dublin package will be something very special including more than “just the music,” although “just the music” those five nights at the Olympia was pretty incredible itself. No doubt the Reckoning reissue will be special too, as it will be done in the same spirit of Universal’s excellent Murmur deluxe release in 2008. Look for the Reckoning reissue to come out sometime toward the end of Spring.

If you’ve read our recent interview with Peter, you’ll also know that the guys have plans to get together in the next few months to begin working on some new material, which Peter refers to as “exploratory demos.” We’ll be sure to keep you posted on any developments.

…And since we mentioned it in the title of today’s post, here’s a quick homage, R.E.M.-style, to the rain:

Finally, in case you haven’t seen this, check out the Times feature from a couple of days ago on Everybody Hurts and why it was the undisputed “Song of the Year” in 1993.

PS: Congratulations to our supercool, superchef friend Hugh Acheson of Athens restaurants Five and Ten and The National who was nominated for the prestigious James Beard Foundation Award for Best Chef in the Southeastern United States. This is Hugh’s third consecutive nomination for a James Beard Foundation Award. The Beard Awards shine a spotlight on the best and brightest talent in the food and beverage industry. Visit Hugh’s always interesting blog here</a>…