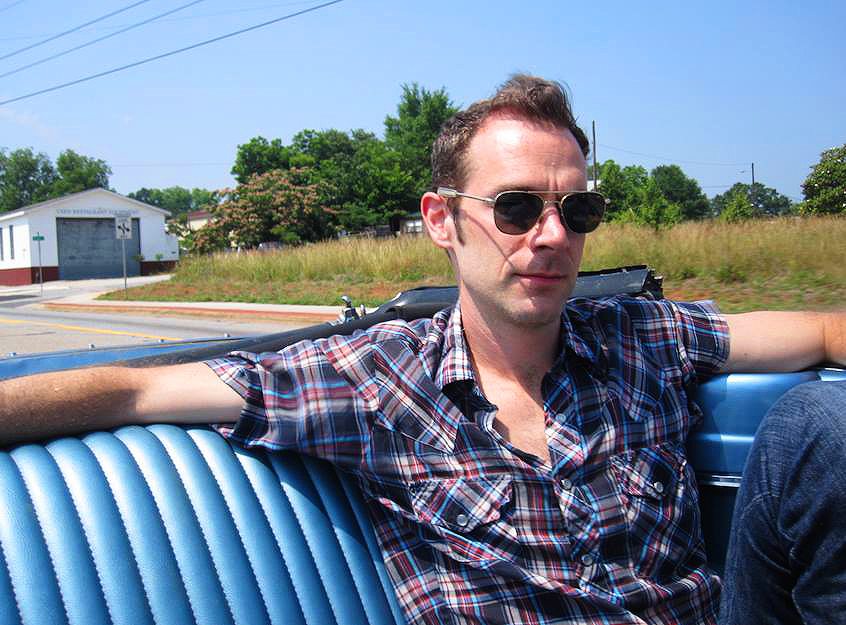 Longtime friend and R.E.M. collaborator Damien Schaefer has passed away after a long battle with cancer. Damien came on board to help us with our fledgling website in 2001 and has helped us with everything online ever since. From building remhq.com from the ground up to grand experiments like the supernaturalsuperserious video site and non-R.E.M. sites like Michael’s futurepicenter.com, he guided us out of the digital dark ages with patience, grace and expertise.

Damien was not just a talented web developer but a true creative renaissance man with an unending ambitious drive to create. He was a talented illustrator and animator. He was a talented designer and builder. He was the driving force behind several musical projects over the years, from his early punk band The Pull Outs, to the more emotionally evocative Walt Lariat, to the super-fun Metallica cover band Pastor of Muppets, he never strayed too far away from his guitar.

His passion for music was only matched by his passion for cooking. Damien created the chef’s collective The Four Coursemen, who helped pioneer the farm to table movement in Athens long before it was a trend. A project that began in his home kitchen eventually led to a show on the Cooking Channel and their own stand alone house used for weekly dinners. Michael, Mike, Bertis and the office staff were frequent guests at these dinners and they were always magical nights that left us in wonder that such a thing existed in our small town.

Beyond his talents and passions, Damien was a true friend to us all. He was our jogging buddy. He was our road trip friend. He was a bright light when he visited the office. He was our go-to.

His positive energy has changed all of our lives and left an eternal mark on everyone here at R.E.M.

Donations in Damien’s name can be made at The Giving Kitchen.