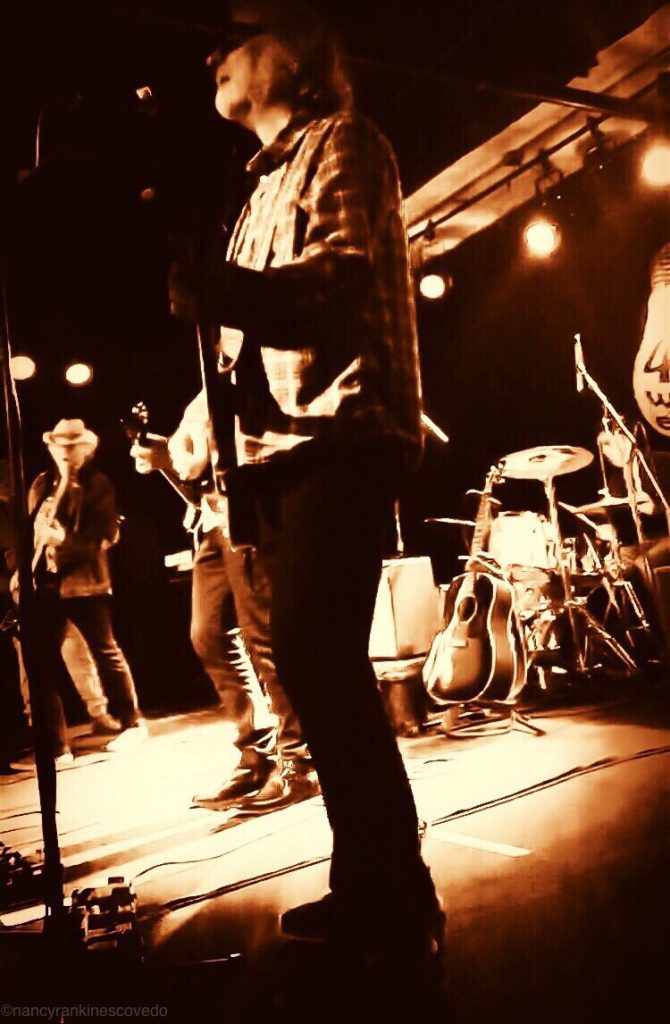 Well, we are bumping along in the van, scurrying from one middle of nowhere place to another. I’m pretty sure this is an old wagon train route. We are still basking in the glory that was the Athens show. Tour routing gave us a night off in Athens, GA. We had a great dinner with the whole sick crew. Everybody is doing great!

The 40 Watt show was a real homecoming. Kevn Kinney joined us for “Honeysuckle Blue.” It was kind of inspiring to witness the Kevn-Kurt Bloch guitar duel. I slunk to the back of the stage and avoided all entreaties to take a solo myself. We were then joined by Bill Berry and Mike Mills for versions of “Rockville” and “Superman.” Kind of weird to play those again. They bring up so many memories of the past.

We ended the night with the debut of John Moen on drums! Linda Pitmon did the first four shows, which were last minute additions. She learned both sets at home on headphones and totally rocked it. All respect Linda, and I’ll see you in Japan. John, of course, was great, and the show was super fun. The first non-seated show on the tour. The standing audience adds to the energy, and the Athens crowd always skews younger than other cities. See y’all somewhere down the road and extra credit to anybody who caught the Pynchon reference in the above missive. Peter