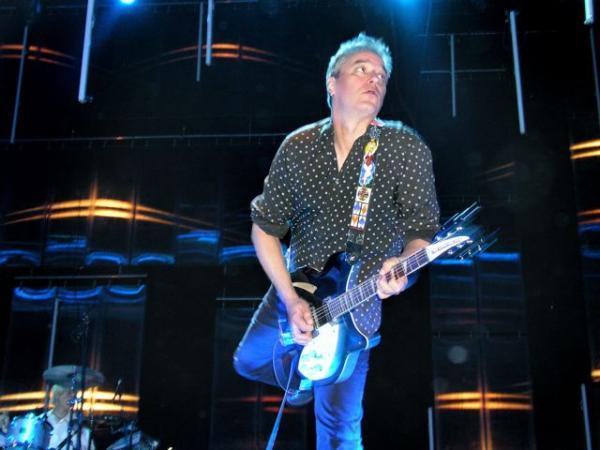 Robyn Hitchcock and the Venus 3 will embark on an 16-date spring tour of the USA this March-April, following a pair of shows by Peter and Robyn at SXSW in Austin on March 16th. The rest of the band, Bill Rieflin and Scott McCaughey, will join up with Robyn and Peter on March 19th in Birmingham where the tour will kick off:

In addition to their tour, Hitchcock and The Venus 3 will release “Sex, Food, Death and Tarantulas” on March 6th.

The EP contains six previously-unreleased live tracks recorded during the 2006 Ole! Tarantula tour, including the Soft Boys classic, “Give It to the Soft Boys,” Hitchcock solo gems like “Sometimes a Blonde,” and the Venus 3’s “(A Man’s Got to Know His Limitations) Briggs.” Also included is the studio version of “Adventure Rocket Ship,” plus two videos for that track – one live action video and a wistful stop motion animation rendering. The EP is available for pre-order at yeproc.com. Orders received from now until the March 6 release date will get three free bonus tracks not on the EP, and they’ll be available for immediate download once the order is complete.