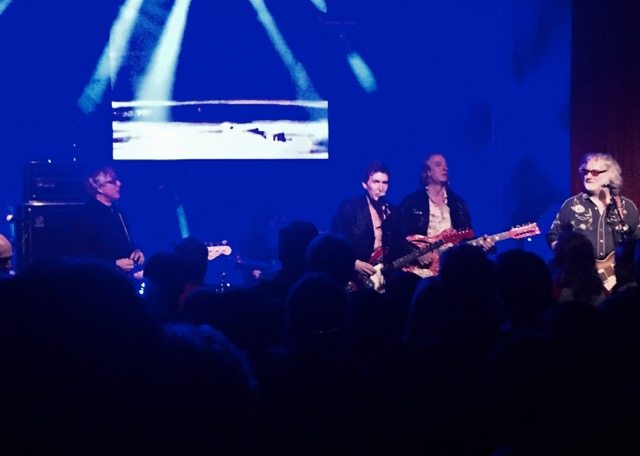 As noted earlier here and elsewhere, tonight was the first of two shows of‪ #‎IceStationVadsø‬ and it was quite a night for music lovers in Norway, wherever they were from. And quite a few had traveled to be here. Peter and Mike played in various concoctions of the immense musical talent on stage. There are really too many highlights to properly count, but being in the same room with John Paul Jones was one of course, as were the old Dream Syndicate classic “Tell Me When It’s Over,” some of the rockers from Peter’s new solo record coming soon, the The Baseball Project‘s entire set, including a spirited singalong of “Rockville,” the reprise of this morning’s recording of a hoik with some native Sami musicians from here in Finnmark, and the final final encore of the Velvet Underground’s “I’m Waiting For The Man” with everyone on stage. It was a mighty scene, very memorable for crowd and performers alike— and there is more to come tomorrow.