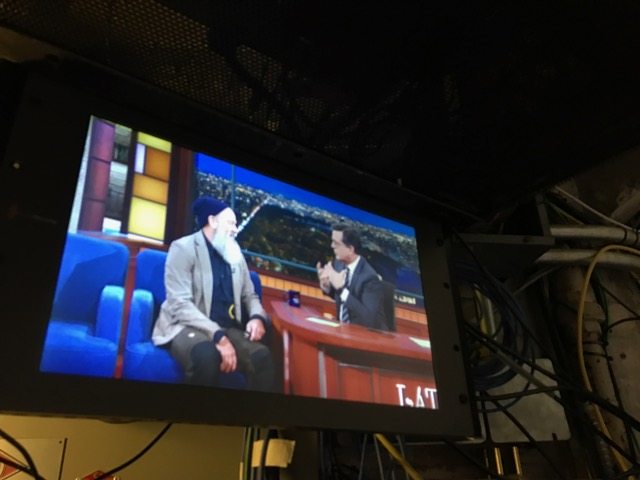 What a great time back in the Ed Sullivan Theatre on Times Square where Stephen Colbert hosted Michael last night— (http://bit.ly/2hOx8fB) Michael and Stephen enjoy a great rapport and the night was enjoyable and fun for all, and funny. From the musical start to the sketches and other guests to Michael’s wide-ranging interview, truly a good time was had by all. Fun to still get to do this kind of thing once in a while. And it was good of Stephen to remind the world of the 25th anniversary of Out of Time, which as Michael said, is notable both for fans old and new. It’s the end of the year as we know it, and I feel . . . .