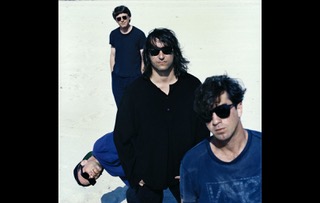 Recently PopMatters reviewed R.E.M.’s live recordings from the BBC, which Craft Recordings gathered together in a glorious set that made our list of the 21 Best Album Re-Issues of 2018. Kevin Korber wrote, “what’s striking is how the collection shows an appreciation for R.E.M.’s unheralded later material, which had a more receptive audience in Europe than it did in the U.S. Hearing the band play stately, beautiful renditions of ‘Imitation of Life’ and ‘At My Most Beautiful’ to a rapt audience underscores the power they still had, even as their relative popularity waned. That, combined with full concerts from their early years and their commercial dominance, make Live at the BBCsurprisingly essential listening.”

So today we have something special for you… a premiere of part one of a three-part podcast paying tribute to R.E.M.’s work at the BBC with exclusive interviews.

This three-part podcast series was created by uDiscover, in partnership with Craft Recordings, around their recent box set release for R.E.M. at the BBC. The new collection features over 20-years of rare and unreleased live and studio recordings—including sessions, concerts and interviews—culled from the BBC and band archives.