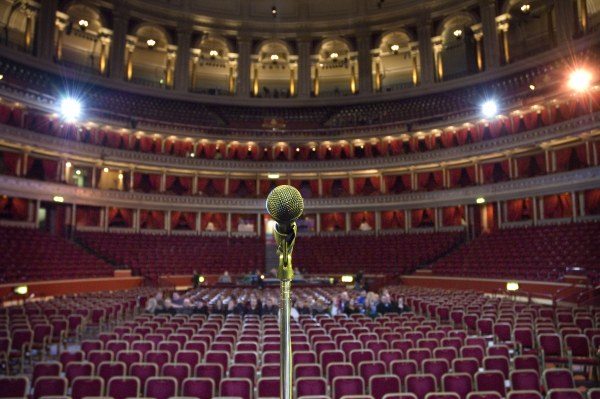 The spring day dawned crisp and clear this morning in central London, but it is now flurrying snow, so our mid-winter’s promo-tour continues after a rare and welcome day “off” here in the capital a week before ACCELERATE is finally released (not counting the iLIKE.com stream that starts today. . .)

This is a busy week with the ICA bash today where everyone from Anton Corbijn to David Belisle to Vincent Moon to Chris Bilheimer, along of course with the band, will be on hand to help the ICA celebrate its 60th anniversary of bringing the best in modern art to London and the world. The exhibition on R.E.M.’s art and imagery is quite excellent and includes many of the great photographs and films and artwork– fun to see such work displayed, all together and in such an august setting. Then this afternoon we are off to the Royal Albert Hall for the ICA benefit concert, to be broadcast/streamed/archived on Radio 2 It is the first time the band has ever played the grand old building and the first chance many English and European fans have had to see and hear the new songs live. Excitement is high. The next couple of days are given over to all manner of promotion and interviews and radio and tv, culminating with the Regent Street Apple Store instore performance on Wednesday night. That one will be broadcast, etc on London’s XFM Radio this coming weekend. With all the radio days, it is great to have locals like Jacknife Lee and Sam Bell (engineer extraordinaire for ACCELERATE), along with Brett Eliason, to assure great sound quality.

Anyway, after the next blur of days in London we head to Berlin and then to Erfurt in Germany for press, promo and an appearance (R.E.M.’s first) on the venerable television show Wetten Das. Stay tuned for more . . . here on HQ.

pps: Congrats to our good friend chef Hugh Acheson of Athens restaurants Five and Ten/The National who is a finalist for the prestigious James Beard Foundation award for Best Chef in the Southeast.