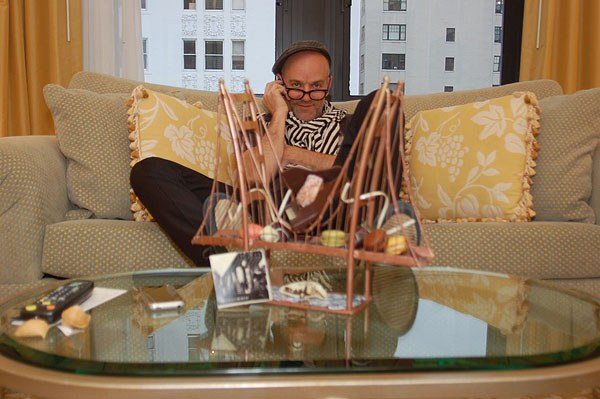 It is always fun being in the city by the bay.

We have so many memories of this area over the years . . . early days amazement at the vistas and the architecture; an early show at the Warfield Theatre, just days after Michael had had an unfortunate run-in with a sea urchin and had to do the show on a barstool looking for all the world like a young version of the guy from Jethro Tull (this was about 1983 I think); a couple of years we were right back at this place we are playing tonight– the Berkeley Greek, where about a half-foot of rain was puddling on the stage when we had to postpone the show to the Oakland Coliseum a couple of weeks later; great meals at Ella’s and Betelnut and Thai restaurants all over the city and here in Berkeley; a drive over the Bay Bridge listening to a loud car speaker blaring out Joe Jackson’s Stepping Out; both times the band played Neil Young’s Bridge School Benefit (1998 and 2001), especially the first time, when they got to play with Neil on Ambulance Blues and Country Feedback (the Christmas single from 1998); making Up at Toast Studio in the winter of 1998, the first record with Pat McCarthy, and the first without Bill in the band. San Francisco has always had a home away from home feel, to me at least.

The Berkeley Greek is a very cool venue, right near the University of California and one of those amphitheatres (like a few others in the country including Chastain Park in Atlanta and the Greek Theatre in Los Angeles) that were built so long ago that every seat in the house is a great seat. For a fairly large place (8,500 capacity), it has awesome sight lines and is perfect for a show. The shows tonight and tomorrow ought to be rocking, especially if the guys keep changing up the setlist to surprise the crowds, and maybe themselves!

And from here to Red Rocks . . it feels like a tour now.

R.E.M. HQ · 20 hours ago
@remhq
Thrilled to see continuing progress in the movement to finally get recording artists paid when music is played on the radio https://t.co/1IL6Fw87vz #MusicFairness
View on Twitter
11
44