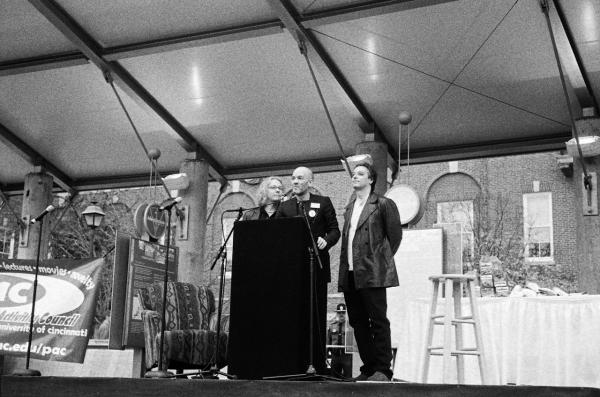 Pretty calm here in DC. Playing a show tonight in DAR (that stands for Daughters of the American Revolutionâ¦) Constitution Hall, not far from Pennsylvania Avenue, one of the great old concert venues anywhere for everybody other than our crewâitâs a, ahem, challenging venue, but makes for some great shows over the yearsâ¦ Kind of neat being here the day before the election within a stoneâs throw of the Jefferson and Lincoln Memorials and the Washington Monument.

Of course, all of us are focused on the voting tomorrow and most everyone here has sent in their absentee ballots signed and sealed and hopefully delivered. Click here to find out how we spent election night in 2000 (thanks to Robert Andrews of murmurs.com for resuscitating this). A college dorm-style all nighter in Miami is Reveal was being finishedâ¦memory fades a bit but that night was indelible. Anyway, Bruce Springsteen is out in Cleveland tonight for one last big John Kerry rallyâ¦wish I could see that. Just the pictures are pretty staggering. That guy has done his share.

That is about all I can think of to report from here in the nationâs capitol: waiting, watching… a couple days off for the election and aftermath, then Madison Square Garden Thursday night. That could be quite a show!