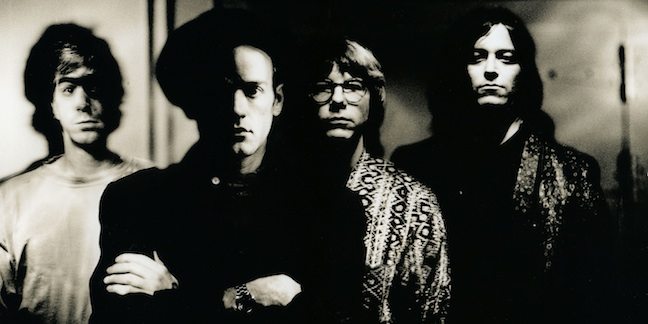 (Nashville, Tenn.) – SESAC, the nation’s most progressive PRO and the only Music Rights Organization in the country, announces that it has signed for performing rights representation in the United States the entire catalog of R.E.M., the Rock and Roll Hall of Fame alternative rock band credited with pioneering the genre. The catalog includes the hit singles “Losing My Religion,” Everybody Hurts,” “Its the End of the World as We Know It,” “Shiny Happy People,” “The One I Love,” and more.

R.E.M., which recorded 15 albums and toured the world during its 31-year tenure as a band, won multiple GRAMMYs and sold more than 85 million copies of studio albums worldwide, making it one of the best-selling acts of all times.

“We are proud to represent the songs of a band that, without question, changed rock music forever,” said John Josephson, chairman and CEO, SESAC Holdings, Inc. “Along with representing the rich, timeless R.E.M. catalog, we also welcome Michael, Peter, Mike and Bill to the SESAC family.”

R.E.M.’s journey to becoming one of the most renowned American rock bands of its generation began in April 1980, when the group performed in a vacant church building for a friend’s birthday party in Athens, Georgia. Three years later, with the support of college radio, R.E.M. was releasing albums and touring steadily. Its underground fame reached mainstream in 1988 with the hit single “The One That I Love.” The next year, the band signed a record deal with Warner Bros. Soon, the band was playing large arenas worldwide, which also gave the musicians a platform as advocates for a number of political, social and environmental concerns, roles that they have maintained throughout their careers.

By the early 1990s, the genre known as alternative rock was gaining popularity. Alongside fellow alt rock groups such as U2, Nirvana and Pavement, R.E.M. was widely regarded as pioneers of the new genre. In 1991 and 1992, R.E.M. achieved international stardom with the release of its most commercially successful albums, Out of Time and Automatic for the People, respectively. These two albums yielded numerous chart-topping singles, including “Losing My Religion,” “Shiny Happy People” and “Everybody Hurts.”

In 2007, in its first year of eligibility, R.E.M. was inducted into the Rock and Roll Hall of Fame.

SESAC Holdings is the only U.S.-based Music Rights Organization that administers public performance, mechanical and other rights. SESAC Holdings is unique in its ability to offer singular licenses for the works of its affiliated writers and publishers that aggregate both performance and mechanical rights in order to drive greater efficiency in licensing for music users, as well as enhanced value for music creators and publishers. Its businesses operate on a sophisticated information technology and data platform to provide timely, efficient royalty collection and distribution.