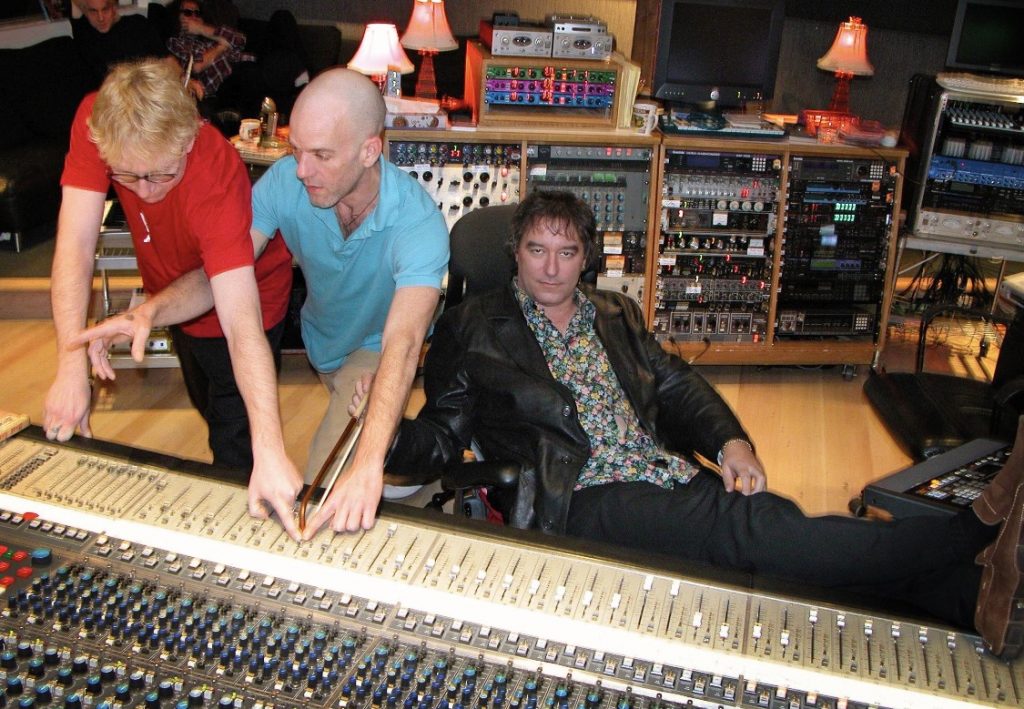 It’s now available for download for the first time via http://remhq.bandcamp.com.

You can stream the song for free on Bandcamp and download it for a minimum donation of $2 or an amount of your choosing. Proceeds will go directly to Mercy Corps’ emergency response and recovery efforts in the Bahamas.

“Fascinating” first appeared on the original master of 2001’s Reveal before being cut last minute. It was Michael’s favorite song from the Reveal sessions according to Peter’s recollection, as chronicled in David Buckley’s R.E.M. biography, Fiction.

“It’s really beautiful,” Mike told Buckley. “It has a flute, oboe arrangement, but it made the record too long… and something had to go.” The track was re-recorded in Nassau for 2004’s Around the Sun, but the lush ballad ultimately didn’t jibe with that album. Now this poignant outtake finally finds its fitting moment, as a means to aid the country where the band enjoyed over two months of creative retreat.

“I have been fortunate to spend many weeks working and playing in the Bahamas, making friends and lots of music there,” reflects Mills. “It breaks my heart to see the damage wrought by Hurricane Dorian. Please help us and Mercy Corps do what we can to alleviate the suffering caused by this catastrophe.”

“The Bahamas faces a long road to recovery after this devastating hurricane,” says Neal Keny-Guyer, CEO of Mercy Corps. “We’re grateful to have R.E.M. in our global community of humanitarians, sharing their song with the world to help the people of the Bahamas recover and build back even stronger.”

UPDATE: Mike also wanted us to draw your attention to a Go Fund Me page for Hope for Hope Town –funds from this effort will go TO HOPE TOWN & THE OTHER NORTHERN BAHAMIAN ISLANDS… HOPE TOWN, GUANA, MAN-O-WAR, ETC which have been devastated by Hurricane Dorian. Thank you for your support!