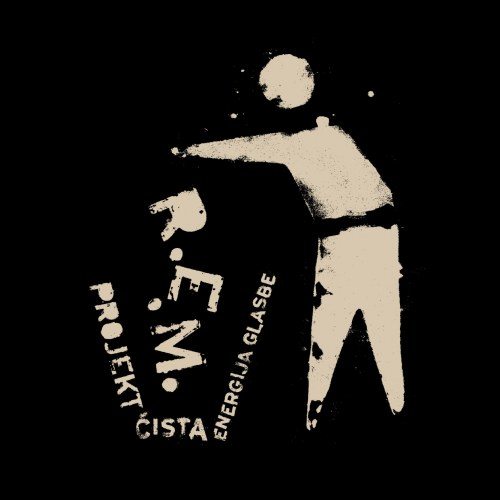 A new U.S. Embassy music project will pay tribute to the songs of R.E.M. and will highlight environmental issues in the process. The U.S. Embassy in Slovenia will follow last year’s popular Bob Dylan music project with Projekt R.E.M.: Pure Energy Music, due out on September 8. Projekt R.E.M. features 16 songs by 15 popular artists, all covering classic R.E.M. songs. The project will be dedicated to raising awareness about environmental issues, and will highlight the work of many Slovenian environmental groups.

A major, free concert at Kongresni trg on September 8 will coincide with the release of the project’s music CD.

In addition many of the above vocalists came together for a “super session” to record a version of We All Go Back To Where We Belong, R.E.M.’s swan song from Part Lies, Part Heart, Part Truth, Part Garbage: 1982 – 2011. The video for the song focuses on environmental awareness and features performances by Kjara’s Dance Project, Slovenia’s preeminent modern dance company. The video will premiere on MTV Slovenia in late August.

Events connected with the project will be designed to highlight environmental issues, and will coincide with a two-month environmental photography exhibition sponsored by the U.S. Embassy and Slovenian NGO Ecologists Without Borders, in conjunction with National Geographic magazine, in Tivoli Park’s JakopiÃ Âevo sprehajaliÃÂ¡Ã Âe, in September and October. The September 8th concert will feature a “green exhibition,” allowing environmental groups to promote their activities and recruit volunteers. At the same time, the 72-page CD booklet is loaded with activities that anyone can do to reduce their carbon footprint.

The environmental theme will be front and center, but the cultural component of the project will highlight one of America’s greatest bands. “R.E.M. is the greatest latter day band in America,” said U.S. Embassy Public Affairs Officer and project team leader Christopher Wurst. “They defined indie music in the 1980’s, captured the world’s attention in the 1990’s and have continued to record important music and put on great live shows right up to their break up last year” continued Wurst.

Over the years, R.E.M. has played several shows in Slovenia, both in Ljubljana and Isola. Their most recent concert was opened by Vlado Kreslin, and they were later joined onstage by Kreslin and Chris Eckman, both of whom are on Projekt R.E.M.

As with last year’s Bob Dylan Project, the U.S. Embassy, while working with local partners, has financed the entire project, and all of the aspects of the project—from the CD to the concert—are free to the public. The CD will be available to Slovenes, especially Slovenian volunteers, youth groups and to help promote local environmental NGOs.

Narat (The One I Love)

The Tide (The Ascent of Man)

“The Super Session” (We All Go Back To Where We Belong)

Read more below about the environmental initiative of Projekt R.E.M.:

-The 72-page CD booklet includes an original essay by LuÃ Âka KajfeÃÂ¾ Bogataj, a Slovene environmentalist who was nominated for a Nobel Prize, essays outlining the current pace of climate change and its implications, essays and lists of tips of everyday actions that everyone can take to reduce their carbon footprint, a list of Slovenian NGOs (see below) with a short description of their work and contact information for volunteers;

-An “Environmental fair” — during the six-hour concert (September 8), the organizations highlighted below will have booths set up in the main square to hand out information, have games and activities, and to recruit volunteers for specific actions;

-A green photography exhibition in Ljubljana’s largest park, in conjunction with Ecologists Without Borders and National Geographic magazine (throughout September and October);

-A green fashion show at the opening of the above photo exhibition, on September 5;

-A series of short films featuring Slovenian children between the ages 5 — 10 to talk about the environment. The films will be screened at the concert and also used on the Embassy’s (and perhaps NGOs’) social media sites;

-A music video for We All Go Back To Where We Belong featuring Slovenia’s best modern dance company—Kjara’s Dance Project—doing several choreographies about the environment, and children holding signboards with quotes.

–Ecologists Without Borders—the Slovene chapter attracted over 10% of the entire population of the country for volunteer clean-up efforts in 2010 and 2012 (the largest civic initiatives in the country’s history); the Embassy worked with EWB on the Bob Dylan Project last year, and are working closely with them on a concurrent environmental photography exhibition and green fashion show in Lhjubljana;

–No Excuses!—a youth volunteerism NGO, focusing on peer-to-peer social engagement and activism; they are focusing on sustainable development;

–Slovenian E-Forum—an NGO by and for scientists and activists on issues such as energy modeling and resource planning;

–Smetumet—focusing on waste management and recycling;

–Regional Center for Environment—sustainable development and incorporating green issues across other sectors;

–CIPRA Slovenia—umbrella NGO group founded for the protection of the Alps;

-ZOJA—an environmental volunteerism NGO and does a lot of work around European Energy Performance of Buildings initiative;

–BirdLife Slovenia protection of birds and their habitats;