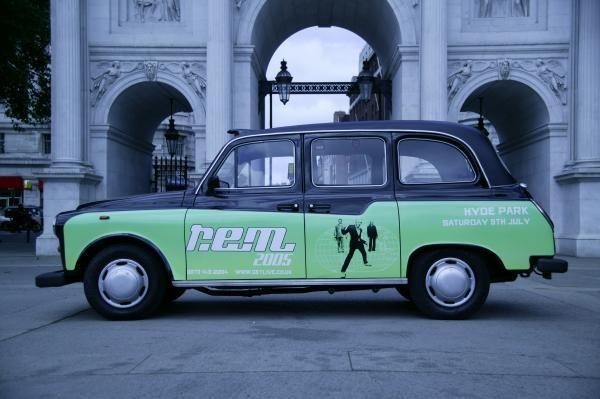 It’s the last day of press and promo for Mike and Michael here– the same weekend Peter starts his tour with John Wesley Harding and friends. Life marches on . . .

As usual, London has been fun and the guys have enjoyed talking to various TV, radio, print and digital outlets–the interviews, which are posted all over HQ among other places, have taken on a little bit of a wistful tone–no surprise there. But it’s been a good experience and we are all excited about the Best Of coming right up week after next. That record was gratifying to assemble–as you can imagine, narrowing down a career and thirty years down to even a double CD with 40 songs was a challenge, but a healthy challenge. For almost 30 years the band has come to London and had some of the best memories of their career here–too many to count but as I ran through the parks this morning, on a blustery, sun-dappled day, I thought through so many great London moments, from Dingwalls and the Marquee in 1983 to recording Fables with Joe Boyd in 1985, from the London taxis with the Monster and Hyde Park logos, to the various Hammersmith shows–Palais, Odeon, Apollo, and on the last record finally playing at the Royal Albert Hall, to seeing Jim Courier play at Wimbledon, the various BBC and fan club things from large to tiny, taking the train from Paddington both times the band played Glastonbury, enjoying some awesome Indian food pretty much every visit, the amazing experience of the band playing for Nelson Mandela and the Prince’s Trust on South Africa Freedom Day in 2001 in the middle of Trafalgar Square, trick-or-treating with some very little kids at the Dorchester Hotel in 1999 (they are now all grown up kids), the many lasting friendships with people here in London . . . all these thoughts on a run through Hyde Park, the site where R.E.M. did something pretty career-defining back in 2005— they played Hyde Park twice in a two week period. (Only band ever to get to do that . . .? probably). The first weekend of July the band played at Live 8 with U2 and Coldplay and many others, and then instead of a mere six days later when we were scheduled to do an R.E.M. show there, the 7/7 bombings happened and the authorities made the decision for us to change our date, and thus extend our tour, an extra week later. That was quite a summer. “There will always be a London,” it is said–I surely hope so.

R.E.M. has always been an American band based in Athens, GA, but from very early in their career, London has been very good to us all and for that we are fortunate. And to all the friends, fans, colleagues and others who have made this such a special center of activity for R.E.M. over the years, and a true home away from home, thank you.

The Release Parties planned for Athens the Sunday and Monday before the 15th will be better than ever–they have to be we think, with the many Athens bands agreeing to play the Georgia Theatre, the CINE dinner prepared by Athens finest culinary talent, and the always-fun listening party at the 40 Watt Club with the auction of some seriously good stuff. Read more about it here.

p.s. please note that in addition to being a generally fun and happy time for those in attendance, a major point of the release parties is to raise some much-needed funding for some important local Athens Charities: Community Connection of Northeast Georgia & Family Connection / Communities in Schools of Athens / Whatever It Takes. Even if you can’t attend, consider a donation to these worthy organization making a difference in the lives of many people in Athens every day. Thanks

p.p.s. Here’s some coverage from London this week: BBC News video, Nme.com, and Spin among others circulating…