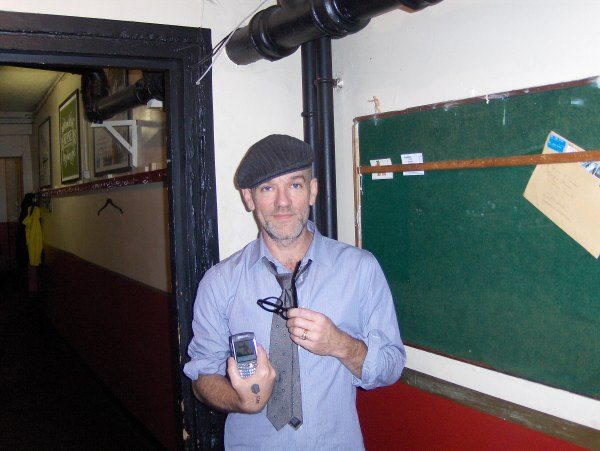 R.E.M. head back to the studio this week in Westmeath, Ireland after a successful run of rehearsals in Dublin where they debuted 11 new songs for sell-out crowds over five nights.

The band will continue their work with producer Jacknife Lee who was on hand for the five-night stand at the Olympia. Lee and R.E.M. spent three weeks together in the studio earlier in the year in Vancouver, British Columbia.

Stay tuned to remhq.com for postcards and photos from the Westmeath sessions.